The Bank of England and the UK Financial Conduct Authority have set new priorities in order to stop firms using sterling Libor, which is like to stop being published at the end of this year.

The Working Group on Sterling Risk-Free Reference Rates, chaired by Tushar Morzaria of Barclays, said in a statement that its top priority is for markets to be fully prepared for the end of sterling Libor by the end of 2021.

After the financial crisis there were a series of scandals regarding banks manipulating their submissions for setting benchmarks across asset classes, which led to a lack of confidence and threatened participation in the related markets. As a result, regulators have increased their supervision of benchmarks and want to move to risk-free reference rates based on transactions, so they are harder to manipulate and more representative of the market. The FCA has already said it will not compel panel banks to submit Libor beyond 2021.

The working group has recommended that from the end of March this year sterling Libor is no longer used in any new lending or other cash products that mature after the end of 2021. In addition, firms should not initiate longer new linear derivatives linked to sterling Libor after the end of March 2021, other than for risk management of existing positions or where they mature before the end of 2021, and switch to using Sonia, the risk-free rate chosen by the UK authorities. US regulators have chosen SOFR to replace US dollar Libor.

The regulators said they will continue to expect transition plans to be executed in line with recommended timelines across sterling and other Libor currencies.

“Senior managers with responsibility for the transition should expect close supervisory engagement on how they are ensuring their firm’s progress relative to industry milestones,” they added.

Edwin Schooling Latter, director of markets and wholesale policy at the FCA, said in a statement: “Firms should now have everything they need to shift new business to Sonia and to complete their plans for transition of legacy exposures. There is no longer any reason for delay.”

During the meeting of the working group last month Schooling Latter also highlighted the statement from US authorities which stated that new business should stop referencing US dollar  Libor as soon as possible, and not beyond the end of this year, according to the published minutes.

During the meeting one member felt that existing working group milestones were appropriate for sterling, but may not account for interactions with US dollar Libor through multi-currency facilities.

Schooling-Latter emphasised that UK and US authorities would continue to coordinate closely. The FCA noted that between 50% and 60% of the swaps market had shifted to referencing Sonia and working group members were encouraged to persist with this initiative

The minutes said: “The working group’s end-Q1 milestone for linear derivatives transition includes an exemption for “risk management” purposes and it was highlighted that recent announcements by the US authorities included a similar measure supported by a number of examples.”

The UK authorities plan to consider their approach to supervising this exemption, but would look to coordinate with a similar distinction made by the US authorities last month on the classification  of risk management transactions.

Schooling-Latter continued that as the working group and the US Alternative Reference Rates Committee had set milestones last year for stopping the use of Libor in new loans, institutions unable to provide risk-free rate products would have to accept that they could not participate in syndicates, rather than trying to hold back others in the syndicate from moving away from Libor.

One working group member said in the minute that good progress was being made in the bilateral loans market but not in syndicated loans due to a lack of systems readiness and lack of awareness on the part of some law firms and advisors.

“Another member agreed with this observation, alongside highlighting the need for the market to further standardise contractual terms and ensure a consistent understanding of Sonia products among lenders,” said the minutes.

The chief executive of the Loan Market Association highlighted the LMA’s new documentation during the meeting, which included two versions of a new loan agreement, new terms sheet, and risk-free rate terms to enable the amendment of the screen rate.

Edwin Schooling-Latter said in the meeting that more than 1,700 entities had adhered to IBOR Fallbacks Protocol from ISDA, the derivatives trade organisation, as at 8 December. He explained that some firms would choose to close out existing Libor positions or active transition through bilateral amendments to address their exposures.

The @ISDA Fallback Protocol is off to a great start today. Over 250 institutions adhering to the Protocol #IBOR #rfr

“FCA analysis suggested that 50% of the uncleared UK over-the-counter derivatives market would be covered by the current level of Protocol adherence and expect this to increase,” said the minutes.

LCH, the London Stock Exchange Group’s clearing business, also updated the meeting on its plans for the conversion of cleared trades referencing Libor.

The minutes said: “LCH planned to consult on a proposal to perform a pre-emptive conversion of cleared sterling Libor contracts shortly ahead of the effective date, in order to avoid operationalising fallback arrangements. LCH’s consultation would build on a previous consultation on the conversion of EONIA contracts to €STR and would propose a compensated conversion”

Join CurveGlobal and LCH for a video on our LIBOR transition plans. What is happening with SONIA Swap and Future volumes and why? We discuss the LIBOR cessation time frame and process at Curve and LCHhttps://t.co/ljX1cO3dmy#SONIA #libortransition #endoflibor

A survey of non-linear derivatives dealers found that the majority of were relying on manual solutions to make markets in derivatives based on overnight Sonia compounded in arrears although work had begun to automate these processes.

Major dependencies identified by dealer banks were the ability of the most widely used systems to support Sonia, as well as the publication of SONIA ICE Swap Rate.

ICE Benchmark Administration, the Libor administrator, said this week it had launched its ICE Term Sonia Reference Rates as a benchmark for use in financial instruments by licensees after completing testing.

The rates are designed to measure expected (i.e. forward-looking) Sonia rates over one, three, six and 12 month tenors and are based on a waterfall methodology using eligible prices and volumes for specified Sonia-linked interest rate derivative products. The new rate is published daily at or around 11:55am London time on applicable London business days. 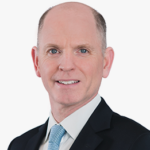 Tim Bowler, president of ICE Benchmark Administration, said in a statement: “These new rates should help the many businesses, borrowers and lenders who have sought a forward-looking term Sonia benchmark to provide certainty when calculating their interest expenses and other contractual payments in advance.”

UK authorities said they anticipate that the large majority of sterling markets will be based on Sonia compounded in arrears but realise that market participants may need access to alternative rates in specific parts of the market.

“In this context, the working group welcomes the development of term Sonia reference rates which are beginning to be made available by various providers,” said the minutes. “Alongside this, the working group has engaged closely with the FICC Markets Standards Board (FMSB) to support development of a market standard for appropriately limited use of term Sonia reference rates.

“Risks that could arise in connection with the Libor transition are also relevant to other municipal securities market participants, including those who advise municipal obligors,” added the US regulator.

Last Friday, staff from our Office of Municipal Securities issued a statement on the LIBOR transition in the municipal securities markets. Read full statement: https://t.co/aNHCZMyq7q

The Commission said municipal obligors should identify existing contracts that extend past 2021 to determine their exposure to Libor and take appropriate steps, especially if the instrument has an extended maturity or termination date, or entered into as a hedge against, or otherwise in anticipation of, an existing Lib-based instrument.