Turquoise Plato set records for large-in-scale trades on the London Stock Exchange’s trading venue last month, continuing on from a record 2018 and after extending their partnership to Lit Auctions at the end of last year.

Dr Robert Barnes, chief executive of Turquoise, told Markets Media that Turquoise’s Lit Auctions functionality went live in December 2017 and the cooperation with Plato Partnership was extended to this offering at the end of last year.

He said: “We also removed rebates on our lit book last November, so with the new tariff structure and hardware refresh this provides further opportunities for investors to achieve best execution.”

Plato Partnership is the not-for-profit industry group representing asset managers and broker dealers which aims to improve market structure and achieve better results for end-investors. In September 2016 Plato announced the creation of Turquoise Plato in collaboration with pan-European multilateral trading venue which brought together the buy side, sell side and a trading venue for the first time in a formal agreement, in order to increase efficiencies and reduce costs in anonymous European equity block trading.

Barnes said: “Turquoise Plato Lit Auctions is pre-trade transparent and offers potential price improvement to half of the bid-offer spread. Turquoise Plato Lit Auctions is differentiated from other mechanisms because it is fully multilateral and offers trading in the full range of sizes from small to above large in scale – with more than €10m as the biggest trade to date.”

Turquoise Plato Lit Auctions™ is truly multilateral. In January only 0.03% of total activity occurred when the same counterparty was on both sides, both orders were received within 100ms AND the order sizes were the same on both the buy and sell https://t.co/D8aKYBKblx pic.twitter.com/K0PFHgRlA3

Turquoise Lit Auctions are triggered when the venue receives matching orders from its members. Members then have a 50 millisecond window to submit any further orders to the auction before a further 50 millisecond randomised uncrossing period begins.

MiFID II, which went live at the start of last year, introduced double volume caps on equity trading in dark pools in order to increase transparency and shift trading to lit venues. However large-in-scale trades above a specified size and trades in periodic auctions on lit venues are both exempt from the caps, so their volumes have increased and are expected to continue to rise.

Barnes continued that activity in periodic lit auctions grew in tandem with the introduction of MiFID II and the double volume caps. 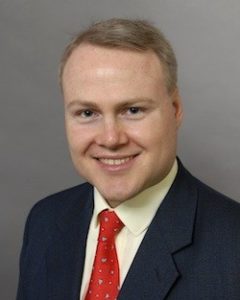 “After the first suspension of stocks under the double volume caps was lifted in September last year, there was a surge in Turquoise Plato continuous midpoint activity,” he said. “We observed at the same time that volumes via Turquoise Plato Lit Auctions did not return to zero, which demonstrates that investors value the benefits of midpoint services and that periodic lit auctions are not a substitute for midpoint dark pools.”

He continued that Rosenblatt Securities’ analysis of 2018, after the implementation of MiFID II,  shows a reduction in dark pool trading but a bigger concentration of activity in Turquoise Plato.

Independent @RBLTSecurities 2018 Year-in-Review confirms Turquoise as the largest European dark pool. Turquoise Plato ended the year as the fastest growing and biggest dark pool – achieving all time record activity. Turquoise is now #1 of 20 venues, thank you to our customers. pic.twitter.com/86jQgORgi6

Barnes continued that Turquoise Plato had a record 2018 and the growth of LIS orders and Turquoise Plato Block Discovery shows the confidence of active asset managers in being able to trade in larger size before the closing auction.

“In January one LIS trade was €17m and many were in excess of €10m which is 1,000 times larger than the average trade size on continuous lit and dark order books,” he added. “On January 31 2019 Turquoise Plato Block Discovery traded a record €653m in a single day, for context this compared to a total volume of €10m in the first month of launch.”

Plato Partnership said on its website that Turquoise Plato Block Discovery had a record weekly euro value traded in the week ending 1 February 2019 of €2.6bn, 5% more than the previous high in February 2018.

The website said Turquoise Plato Block Discovery has traded €164.5bn between launching in 2014 launch and the end of last month, of which 97% has traded since the cooperation agreement was announced in September 2016.

The European Securities and Markets Authority issued a call for evidence on periodic auctions in November last year as the regulator said there are concerns that frequent batch auctions may be used to circumvent the double volume caps.

However, one third of investors said innovations such as periodic auctions and new block crossing platforms have improved their ability to source block liquidity according to a survey from consultancy Greenwich Associates. MIFID II Transforms European Trading, the study commissioned by Refinitiv, found that 33% of investors agreed that block liquidity has improved under the MiFID II regulations. One fifth disagreed.

Buy side responses to the Esma review backed up the view that investors find periodic auctions useful.

London Stock Exchange Group wrote in its response that periodic auctions offer a new execution channel for participants to meet their best execution requirements, which is an integral part of MiFID II.

“Some academic experts argue that frequent batch auctions provide a potential solution to latency arbitrage due to the discrete-time matching mechanism, implemented by a random end time, provides improved execution analytics and this is demonstrable with data from independent analytics providers which shows that with continuous matching this can cause the price to move immediately after the trade takes place,” added LSEG. “Best execution is optimised when price formulation is maximised (and potentially undermined if there is zero price formulation).”

The exchange continued that Turquoise data also shows an extremely low amount of self-matching – just 0.02% of trades are self-matching of orders of the same size arriving within the 100 milliseconds, the maximum duration of an auction call period.