TradingScreen will relaunch its basket trading functionality in the first half of this year. Last month the order and execution management system partnered with BIDS Trading to give clients more access to block trading, which has become more important since MiFID II went live. 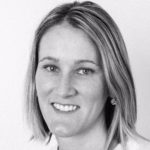 Surika Vosloo, European product manager at TradingScreen, told Markets Media: “A big focus for the first half of this year is relaunching our basket trading functionality. This will be revolutionary in providing visualisation of data to focus attention on relevant orders.”

The first clients for the improved basket trading functionality are due to go live in June according to Vosloo.

Last month TradingScreen announced a partnership with BIDS Trading, the US block trading alternative trading system which provides the technology behind Cboe LIS in Europe. MiFID II, the European Union regulations which went live at the beginning of last year, introduced double volume caps on equity trading in dark pools. However large-in-scale trades above a specified size and trades in periodic auctions on lit venues are both exempt from the volume caps, so their volumes have increased and are expected to continue to rise.

Vosloo said: “Our EMS has always been a significant market leader for hedge funds. We have made a successful effort to build share with long-only funds and block venues are a big part of their workflow.”

She continued that the partnership with BIDS gives TradingScreen access to Cboe LIS, for which there has been growing client demand. TradingScreen already accesses other block venues such as Liquidnet and ITG Posit and clients can work orders across these platforms at the same time. 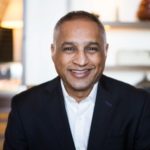 Varghese Thomas, chief operating officer and chief strategy officer of TradingScreen, said in a statement: “Asset managers around the world will benefit from access to the institutional liquidity pool as BIDS becomes one of the dominant players in the space.”

Cave added: “But perhaps the bigger story within these figures has been the rapid growth of Cboe’s LIS block venue, a relative newcomer compared to the platforms run by Liquidnet, ITG Posit and Turquoise Plato Block Discovery.”

According to Cave, Cboe LIS has become the second-largest block venue, accounting for 22% of Europe’s LIS market.

“Cboe LIS is now experiencing larger average execution sizes than the Liquidnet platform,” added Cave. “Given recent news reports that Cboe may acquire US block trading platform BIDS Trading – which has partnered with Cboe on its LIS platform and provides the underlying buy-side desktop software – it will be interesting to see how the block market develops over the course of this year.”

Vosloo continued that MIFID II consumed a lot of resources as firms wanted to ensure they were compliant.

“It is exciting that clients are now looking for new ideas and most of the focus is on workflow solutions and automation,” she added

Clients are automating low-touch workflows through tools such as auto routing and ‘algo wheel’ to focus on the larger high-touch trades where they can add value. Algo wheel is a term used for a set of automation tools that range from pure workflow automation to becoming a critical component in the optimization of transaction costs, broker selection, and experimentation.

Vosloo said: “We have helped clients meet the MiFID II best execution requirements by integrating pre-trade data to run ‘what if’ scenarios and providing powerful in-trade analytics to help them track their performance against custom benchmarks.”

TradingScreen has also have integrated with the API from the European Securities and Markets Authority to provide transparency data such as the double volume caps and LIS thresholds.

“Transaction cost analysis was a big focus post-MiFID II and was built out to allow clients to generate their best-execution outlier reports,’ added Vosloo. “They have the flexibility of using interactive dashboards to drill down to a specific dataset and really compare apples with apples.”