Credit Suisse has landed a market veteran to its ranks.

Doug Clark, formerly of ITG, has joined the Wall Street broker-dealer, according to his LinkedIn profile as the new Head of Market Structure for the Americas. He will be based in Toronto.

According to a memo seen by Traders Magazine:

“We are pleased to announce that Doug Clark will join Credit Suisse as Head of Market Structure for the Americas. Doug will be primarily based in Toronto and report functionally into John Comerford and locally into Graham Choquette.

Doug brings a wealth of knowledge to the firm with over 20 years of experience in the financial services industry. In his most recent role he was the Americas Head of Market Structure for Virtu. Before that Doug held senior trading roles at both BMO Capital Markets and ITG Canada. Additionally Doug is the former Chair of the Security Traders Association, the Canadian Security Traders Association, and the Ontario Securities Commission Market Structure Advisory Committee.”

In this new role, Doug will be responsible for delivering market structure content, regulatory insight, and trading consultation to our core client base. As we continue to grow our Execution Services platform, Doug’s expertise will further strengthen our market leading position with clients and help them navigate a continuously complex and evolving trading ecosystem.

Please join us in welcoming Doug to Credit Suisse and in wishing him success in his new role.”

The memo was signed by Anthony Abenante and Doug Croften. 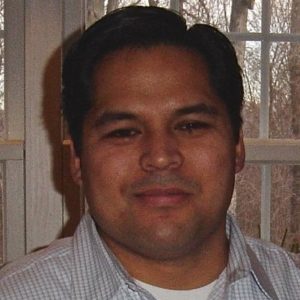 Chuck Lugay has moved to the exchange-side of the trading business joining Nasdaq in Sales in the company’s Market Technology group. A financial market professional with 23 years of experience, Lugay came from Clearpool where he spent almost the last three years as a Managing Director. Before that, he was with Citadel LLC in the Citadel Execution Services group for four years. Lugay also served as President of the Security Traders Association of New York. He began his career as a Financial Specialist at Morgan Stanley Dean Witter in 1997.

Industry veteran and former co-head of European electronic trading at Morgan Stanley, Rupert Fennelly, has landed at Barclays, according to The TRADE and his LinkedIn bio. Fennelly joined Barclays as its new EMEA Head of Electronic Equities Sales and coverage. A spokesperson at Barclays declined to comment. Fennelly, who also worked at Credit Suisse for several years, spent almost a decade at Morgan Stanley where he oversaw the electronic trading business. He joined as head of Morgan Stanley Electronic Trading (MSET) for the Americas in 2010, before leading the European arm from 2014.

For more news like this, please check our sister publication Traders Magazine on Tuesdays in its On The Move column