With apologies to game show host Richard Dawson, “Let’s bring on the Feud!”

Reminiscent of the television game show Family Feud, it’s the Exchanges versus the Securities and Exchange Commission on the topic of the Access Fee Pilot. 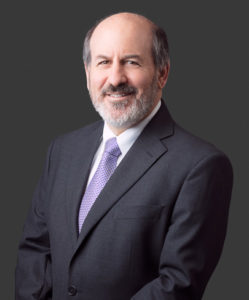 In a unique show of solidarity, recently exchange operators Nasdaq and Cboe Capital Markets have joined their downtown rival – the New York Stock Exchange – to sue the U.S. Securities and Exchange Commission. In what can be best described as détente between the normally contentious rivals, the exchanges have opted for an “all-in” strategy combining all their collective strength to stop the regulator from implementing its transaction fee pilot program.

The goal of the pilot program is to examine the fees charged by the exchanges for data and see if these charges are either exorbitant or harm investors and unfairly benefit exchanges. Either way, the move looks to keep the regulator from getting an inside look at the world of trading fees and rebates, which it says might be hurtful to the marketplace. The exchanges counter that these fees are reasonable and assist in making the stock markets efficient and keep trading costs low.

Traders Magazine recently spoke with Jacob Frenkel, chair of the Securities Enforcement practice at law firm Dickinson Wright to delve into this lawsuit and some of the outcomes. Frenkel is a former SEC Enforcement senior counsel, and a 30 plus year veteran of SEC enforcement, governance and regulatory practice.

Traders Magazine: What is the likelihood of success by the exchanges?

Jacob Frenkel: If the measure of success is in absolutes, that is win or lose, then the exchanges are not likely to prevail ultimately in this litigation.

The securities laws clearly authorize the SEC to determine the impact of fee models on our capital markets. Prior to adopting the new rule, the purpose of which is to enable the SEC to gather data so that the SEC down the road can determine whether there is a need for the agency to take regulatory action, the Commission received voluminous comments, including from the exchanges.

Only after considering all of the input did the SEC adopt the Transaction Fee Pilot. The exchanges will need to show that the SEC acted ‘arbitrarily and capriciously’ – a statutory legal standard governing rulemaking by all federal agencies and explained by the Supreme Court.  The SEC, through its rulemaking process, has made a compelling case in defense of the rule.

TM: Has there ever been such a case or similar one brought by market operators or others against the SEC?

Frenkel: The one case that comes to mind is a 1980s case filed by the Chicago Mercantile Exchange against the SEC and other exchanges, although not necessarily similar.

That case, which the Supreme Court declined to review, related to the trading on the American and Philadelphia Stock Exchanges of instruments similar to what we now know as ETFs. The courts found the instruments to be futures, not shares of stock, and set aside the SEC’s orders approving the applications by the two stock exchanges.

Much more common is the SEC bringing enforcement actions against the exchanges.  One that I remember vividly from my tenure at the SEC was the SEC’s mid-1990s action against the NASD, in which the SEC alleged that the NASD failed to comply with certain of its own rules and failed to enforce compliance with certain federal securities laws, rules and regulations.  Among the SEC’s findings was that the NASD failed to take appropriate action to investigate effectively and to address adequately violations and potential violations of the federal securities laws and the NASD’s rules.  The NASD neither admitted nor denied the SEC’s allegations, but consented to entry of an Order censuring the NASD and ordering it to comply with certain undertakings.

There are other examples of the SEC bringing enforcement actions against the exchanges.

In March 2018, the SEC charged two NYSE exchanges with violating regulations governing business continuity and disaster recovery, with the NYSE paying a $14 million penalty.  This case charged the NYSE with erroneously implementing a market-wide regulatory halt, negligently misrepresenting stock prices as ‘automated’, and applying price collars during unusual market volatility that resulted in slow resolution of order imbalances.  The SEC pointed out that the NYSE had settled rules violations four years earlier – without referring to the Exchange as a ‘recidivist’ – and paid a $4.5 million penalty for not having certain rules in place and failing to operate in compliance with other rules. And, lest we not forget the 2013 SEC actions against the NASDAQ in connection with the Facebook initial public offering – conduct that caused more than 30,000 Facebook orders to remain stuck in NASDAQ’s system – and resulted in the NASDAQ paying a $10 million penalty.  In short, the exchanges hit the courthouse steps with a blemished track-record when it comes to market participants’ best interests.

TM: Can there be a winner and loser in this case – in the traditional sense?

Frenkel: The SEC’s position is that the information gathered from the pilot is for the benefit of the markets and investors. The clear perception is that the exchanges are asserting positions designed to promote their own profit models and preferred ways of doing business. Regardless of the outcome, the winners need to be capital markets liquidity, transparency and investor protection and confidence. Such regulatory litigation over rule enactment does not produce winners and losers, because the worst-case scenario for the SEC is the SEC goes back and fixes whatever deficiencies the appellate court may find. Here, the SEC appears to have approached the rule-making thoughtfully and correctly, regardless of whether a market participant agrees with the rule.

TM: Can the exchanges and regulator co-exist in the aftermath of this suit or ruling?

Frenkel: Not only can the exchanges and regulators co-exist, but also, they will.  Such litigation is more like a fight between an older and younger sibling; that is, they are in the same family and find ways to co-exist. Even with the litigation pending, the exchanges and SEC will continue to work cooperatively in many areas.

TM: Overall, does a lawsuit help the market or hurt it?

Frenkel: We will know the answer when the court rules! Chairman Clayton set a key area of his focus as examining and addressing equity and fixed income market structure issues with an emphasis on fairness, efficiency and resiliency, recognizing that U.S. capital markets are ever-changing. The Transaction Fee Pilot is in furtherance of that focus; now, the United States Court of Appeals will decide.