The European Union’s MiFID II regulations went live at the start of last year and introduced new reporting requirements across asset classes with the aim of increasing transparency. MiFID II mandated the use of ISINs, International Securities Identification Numbers, for over-the-counter derivatives for the first time which have been difficult to use.

What we need to do to fix MIFID II Data https://t.co/6zy5bXw8xb pic.twitter.com/hxRNMm3qgc

“Everything appears to be deferred,” said Clarus. “Post-trade transparency 15 minutes after execution is a myth at the moment.”

The review found that only 11% of notional in vanilla euro interest rate swaps are reported in real-time and almost all volume, 89%, is reported with a four-week delay.

“This is because so many trades are either deemed ‘illiquid’ or are above the ‘SSTI’ threshold for euro IRS,” said Clarus.

The SSTI, size-specific to the instrument threshold, determines whether a trade needs to be reported as certain large trades would expose liquidity providers to undue risk.

Clarus continued that trades are not being published by Approved Publication Arrangements because MIFID II only mandates publishing off-venue OTC derivatives if the transaction is considered “traded on a trading venue (TOTV)”.

“We estimate that approximately 90% of off-venue volume in vanilla EUR IRS is missing from the APAs,” added Clarus. “This is based on the fact that over half of all EUR IRS in the US are transacted off-Swap Execution Facilities.”

In order to improve MiFID II reporting, Clarus recommended that the deferral regime is removed and that all transactions are made available within 15 minutes (most within two minutes). In addition, every transaction should be reported, not just those deemed TOTV.

PWC said in its financial services risk and regulation blog that the UK Financial Conduct Authority processed an average of 30 million MiFID II transaction reports on each working day last year but found that the data submitted by firms was poor.

“The FCA has continued to find shortcomings in firms’ approaches to reporting, sanctioning inadequate controls through fines and communicating widely to the market on its expectations,” said PWC. “With a wider range of similar reporting obligations coming in, firms can expect continued scrutiny on how they report transactions to regulators and need to be on the front foot in how they respond.”

“The FCA’s friendly ‘nudge’ in Market Watch should not be ignored, nor taken lightly,” said PwC. “This is a key focus of the FCA, and with the additional weight of SFTR and EMIR reporting to contend with too, firms must act now.”

Deloitte said on its financial services blog that the UK ’s Prudential Regulation Authority published a Dear CEO letter at the end of last month to remind banks, building societies and designated investment firms that they are required to submit complete, timely and accurate regulatory returns

“The fact that the PRA has seen the need to issue a reminder about such a core regulatory obligation reflects its concern about errors in regulatory reporting (both public and identified by the PRA in the course of its supervision) and what it sees as the need for appropriate investment in both data quality and processes to ensure the accuracy and completeness of reporting,” added Deloitte.

This year, we've looked closely at the client experience in capital markets – on that note, here's @PSinthunont's latest on client reporting trends. Most buy-siders are still pretty inefficient. https://t.co/7GpUiy0HbW #fintech

Paul Sinthunont, analyst at Aite Group, said in the report that change is being driven by the development and availability of digital tools and analytics that build upon traditional reports, offering new ways to engage with institutional clients, and, subsequently, improve client experience and overall efficiency of reporting teams. 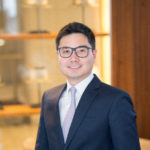 “The state of automation within the industry has progressed toward exception-based workflows for client reporting,” added Sinthunont. “However, progress has been mixed, and little progress has been made in deploying new technology, such as natural language processing (NLP), as part the reporting process.”

Regulation has changed the content and structure of client reports. For example, one client reporting head said a report they provided to institutional clients has grown from three to 30 pages.

“Some firms have exceeded standard practice by beginning to provide some interactive dashboards for institutional clients, but the overall buy-side feedback and implications of such a service suggest an industrywide move is unlikely to become the norm but will remain the exception over the next few years,” added Aite.