Sustainable Investing Will Dominate Next Decade

Rachel Lord, head of Europe, Middle East and Africa at BlackRock, said sustainable investing will dominate the next 10 years.

Lord took part in a fireside chat at the Innovate Finance Global Summit in  London  yesterday. She added: “The entire ecosystem will evolve so that sustainable investing is just investing.”

Fantastic fireside chat with Rachel Lord, Head of Europe, Middle East and Africa @blackrock “sustainable investing will dominate the next 10 years and I don’t even expect to be talking about in 10 years time as the ecosystem will have involved.” @ccrosswell #IFGS2019 pic.twitter.com/emjL290oIV

Mark Carney, Governor of the Bank of England, also highlighted sustainability in a keynote speech at the conference this week.

Carney gave an overview of how the UK central bank is responding to climate change. He said the transition to a low-carbon economy will require enormous re-allocations of capital, and investments in infrastructure, which have been estimated as much as $100 trillion globally over the next decade.

“Firms that anticipate these developments will be rewarded handsomely; those that fail to adapt will cease to exist,” he added. “This will have enormous ramifications both the financial system and for financial stability.”

In order to improve reporting of climate-related risks and opportunities by companies, the bank helped set up the private sector-led Task Force on Climate-Related Financial Disclosures four years ago.

“The TCFD has now led to a step change in the demand and supply of climate reporting,” he said. “With over $100 trillion in assets now demanding TCFD quality disclosures, a market in transition is now being built.”

In addition the bank is changing its supervisory approach. This month the Bank of England published supervisory and policy statements that set out expectations for banks and insurers regarding their governance, risk management, strategic resilience and disclosure of climate-related financial risks.

The Prudential Regulation Authority at the Bank of England has also set up the Climate Financial Risk Forum to liaise with firms across the financial system. Next month the PRA will require insurers to consider how their businesses would be affected in different climate risk scenarios as part of a market-wide stress test.

The Bank of England is also working with other central banks and supervisors in the Network for Greening the Financial System to improve climate risk management in the core of the global financial system.

“Our priorities include the development of a small number of high-level climate scenarios that can be used in future system-wide stress tests,” added Carney. “By adapting our soft infrastructure in these ways, the Bank will help ensure that the financial system is not only resilient to climate-related risks but also can take full advantage of the enormous opportunities in a new low carbon economy.” 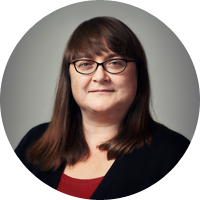 “We didn’t get big thinking that we could do everything by ourselves,” she said. “We have always embraced partnerships and we have a team who goes out to meet start-ups.”

She continued that in the US BlackRock is working with Microsoft to reinvent retirement products.

In December last year the two firms announced they are exploring the development of a new technology platform that helps people develop better saving and investing habits. BlackRock intends to offer the platform in connection with new products that aim to provide a lifetime of income in retirement and would be made available to US workers through their employers’ workplace savings plan.

Satya Nadella, chief executive of Microsoft, said in a statement: “Together with BlackRock we will apply the power of the cloud and artificial intelligence to introduce new solutions that reimagine retirement planning.”

BlackRock also acquired a minority equity stake in Scalable Capital, based in Munich and London, in 2017. Lord said: “They are a digital investment manager using exchange-traded funds as building blocks.”

Patrick Olson, chief operating officer of EMEA at BlackRock, said in a statement: “The retail distribution landscape is evolving at a rapid pace, as consumers increasingly engage with their financial investments through technology. This trend is prompting strong demand from European financial institutions – including banks, insurers, wealth managers and advisory firms – for high-quality technology-enabled investment solutions.” 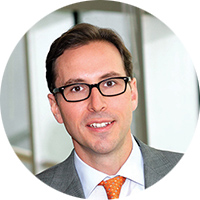 Rob Goldstein, BlackRock’s chief operating officer said in a statement: “Our partnership is rooted in the shared commitment of our two firms to use technology to help more and more people improve the way they engage with, save and ultimately invest their money. Acorns is a pioneer in creating innovative ways to engage investors in a mobile-first world.”

Lord continued that over the next decade fund managers will have to change the products they provide.

“We are used to selling funds through distributors but we need to provide solutions to financial problems,’ she added.

Another theme is that countries all over the world are rejecting globalisation. “Lord said: “Localisation has become more important and fund managers need to make more impact in their community.”

For example, Blackrock chose IntoUniversity, at the foot of Grenfell Tower, as its charity of the year for 2017-18. BlackRock employees can volunteer with IntoUniversity via mentoring schemes, student and staff training sessions and the Big City Bright Future work experience programme, set up by the two organisations.

Lord concluded: “Over the next five to 10 years everything is changing.”