Since June Sibbern has analyzed Nasdaq’s strategy for Europe. Nasdaq currently operates 19 offices in 15 countries across Europe. In the Nordics and Baltics, Nasdaq operations include seven equity and fixed income exchanges, a clearing house and a derivatives exchange. 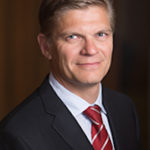 Sibbern told Markets Media: “In one year Nasdaq should be more visible in Europe, not just in the Nordics. For example, in sustainable bonds, listings and data, especially environmental, social and governance data. Through Quandl we are strong in America and we would like more alternative data that is focussed on Europe.”

As well as leading Nasdaq’s effort to expand its presence and influence across the Europe, he is responsible for managing trading, clearing, settlement, and data businesses in Sweden, Denmark, Finland, Iceland, and the three Baltic countries.

“Our European markets are strategically and financially important to our global business,” she added. “Bjørn will bring his extensive markets experience and strong leadership capabilities to deepen our relationships with clients and regulators and create new opportunities to expand our business.”

Prior to leading GIS, Bjørn held various positions in Nasdaq’s European business and has served as an executive at the exchange group for more than 10 years.

Friedman recently described Nasdaq as “a technology company that serves the capital markets” with offerings such as market monitoring tools, data and analytics in a webinar with consultancy Greenwich Associates.

Last week, I sat with @kmcpartland from @GreenwichAssoc for a conversation on several key client initiatives at @Nasdaq with a focus on data and technology, as well as their increasingly important role in our strategy and growth going forward. https://t.co/Jujr0hnPvA pic.twitter.com/pjxbdujFU8

Sibbern said: “I helped formulate the strategy in the US two and a half years ago which focuses on the bigger opportunities in data analytics and technology.”

During his tenure as head of GIS Sibbern led the acquisitions of  Quandl, an alternative data provider based in Canada, last year and eVestment which provides data, content and analytics to the global institutional investment industry in 2017. At the beginning of this year Nasdaq completed its purchase of Sweden’s Cinnober Financial Technology, which serves brokers, exchanges and clearinghouses worldwide.

Sibbern said: “There is opportunity for further acquisitions in Europe which are close to Nasdaq’s strategy of data and technology, and where the firm can add skills and capabilities.”

He gave the example of Quandl as the number one company in the world for alternate data which also had a great customer interface.

“eVestment provides data to the buyside so we could expand outside our core exchange data,” Sibbern added. “We are on a journey of providing new datasets directly to the buyside which help them make better investment decisions.”

In another move to boost growth outside its core exchange data, Nasdaq is aiming for more than 30% of its European data business to come from other sources. 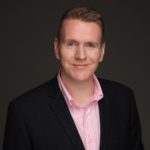 James McKeone, head of European data for Nasdaq’s global information services, told Markets Media in October: “Our approach to ESG data is unique because we have a team of people who guide companies on reporting, such as how they should report carbon dioxide emissions, and they also validate the data.”

The exchange has also launched Nasdaq ESG Footprint in partnership with Matter, a Danish fintech. The product is aimed at retail banks and analyses their customers’ portfolios against ESG metrics and the United Nations’ Sustainable Development Goals.

Sibbern said: “Stockholm is also the number one venue for green bonds with more than 200 listings and we want to roll that out in Europe.”

The move to diversify the data business comes as exchanges’ market data fees have come under criticism from market participants for being too expensive and are being reviewed by regulators.

Sibbern said the data Nasdaq gathers and distributes globally creates value. For example, retail investors pay €1 per month to get real-time data from all the Nordic exchanges which Sibbern described as a fair deal.

“We are proud about our data value proposition which gives firms, including small and medium-sized enterprises, visibility around the world,” he added. “We have not changed our core data fees in Europe in the last two to three years  but it is a good discussion to have.”

Sibbern suggested that one improvement to the market data available in the European market would be some form of consolidated tape.

“There is a consolidated tape in the US, which is not perfect, and it may not solve the problem in Europe, which has 27 countries each with its local exchange, as well as systematic internalisers and multilateral trading facilities,” said Sibbern. “It may be better to have an end of day tape which gives the full picture of trading in shares as a record.”

The cost of market data may be reviewed under MiFID II, the European Union regulation which went live at the start of last year.

“MiFID I was successful in increasing competition in equities trading,” added Sibbern. “However MiFID II has failed to move trading to lit venues which is disappointing and I hope is fixed by Brussels.”

In addition to data and technology, Sibbern said the exchange business of listing and trading remains very important.

It's #FunFactFriday! Here's a few for the Nasdaq-100 Index:

This year Nasdaq lost out in an attempt to buy Oslo Børs to Euronext.

“We did not end up buying Oslo Børs but there is customer demand to trade Norwegian derivatives in Stockholm,” he added.

Sibbern continued that since returning to Europe he has been disappointed with SME growth in the region, especially as they create two to three times as many jobs as companies which are not listed.

He cited Sweden’s development of a culture of quality investments with retail investors, advisors and tax incentives which has enabled the bourse to attract SME listings. Sibbern said that in the US Nasdaq has a 78% win rate for listings and Sweden leads Europe for listing SMEs, with 251 since 2017.

“We need to communicate better that we are the number one or two venue in Europe for SME listings,” he said. “London is losing due to Brexit uncertainty and we are seeing interest from Germany, Denmark and Norway among others.”

One issue with listings is that firms say private for longer as they can raise more capital from private sources such as venture capital. Sibbern said that in the US companies now take 10 years longer than they used before an initial public offering, and that trend is being seen in Europe.

“We can work with firms at an earlier stage and offer services before they go public,” he said.