Semi-transparent equity exchange-traded funds, which do not disclose holdings on a daily basis, have been approved by the US Securities and Exchange Commission and are expected to eventually come to Europe and Asia.

Frank Koudelka, global ETF product specialist at State Street, said at a media briefing in London yesterday that the SEC approved ActiveShare ETFs in May and proxy baskets last week. Both models are known as semi-transparent ETFs, since they disclose holdings with the same frequency as mutual funds. They still need exchange listing approval, so he said the ETFs could go live by the first quarter of next year. 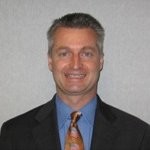 “We expect them to grow significantly as transparent active ETFs have gathered $90bn (€81bn) in assets under management, primarily in fixed income,” added Koudelka. “The products will travel the globe and eventually come to Europe and Asia.”

Brown Brothers Harriman said in a blog in May that Precidian Investments’ ActiveShares ETF structure was the first SEC approval for a pure ETF product where managers were packaging active strategies in a non-transparent manner.

The Exchange Thoughts blog said: “Active managers who have hesitated to venture into ETFs may now make their strategies available to a wider audience of investors without revealing their ‘secret sauce.’ Until now, active managers have been entering the ETF market through smart-beta indexed funds or actively managed transparent ETFs.”

Precidian said in a statement in May that the ActiveShare structure had been licensed by asset managers including Legg Mason, BlackRock, Capital Group, JP Morgan, Nationwide, Gabelli, Columbia, American Century and Nuveen.

Investors would like to see more active ETFs in the market according to the BBH 2019 Global ETF Investor Survey in February.

“This suggests the debate between active and passive isn’t necessarily a binary choice – ETF investors may still find active management attractive; they just want it in a lower cost wrapper,” added BBH. “Although the Precidian structure is currently only licensed in the US, as the global ETF market continues to mature, we expect that the structure could be the blueprint for non-transparent ETFs in Europe and Asia.”

Ciaran Fitzpatrick, head of ETF servicing Europe, at State Street said in the briefing yesterday that it will take time for these new structures to come to Europe despite the SEC approval.

“The Central Bank of Ireland and the UK Financial Conduct Authority are working with IOSCO on transparency of ETF holdings as most European markets require daily disclosure,” added Fitzpatrick. “There could be a shift in the next 18 to 24 months but that needs a lot of approvals first.”

The International Organization of Securities Commissions’ 2019 work program commits to working on ETFs from both an investor protection and market integrity perspective. The body for global regulators is also collaborating with the Financial Stability Board on potential financial stability risks from ETFs and they held a joint workshop for industry participants in June this year.

Fitzpatrick also expects ETFs for environmental, social and governance strategies to grow in Europe and for more US issuers to launch ETFs in the region. 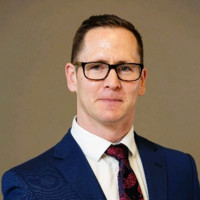 “All the key issuers are entering the ESG space and there are also new entrants,” Fitzpatrick said. “We are just at the start of the road in Europe and ESG will be a significant player in years to come.”

“They need to have a niche product such as ESG, factors or a theme and the challenge is that the big players are already in those spaces,” added Fitzpatrick.

For example, Goldman Sachs Asset Management announced the launch of a European ETF business in September this year after offering ETFs in the US since September 2015.

GSAM’s first European ETF was the Goldman Sachs ActiveBeta U.S. Large Cap Equity UCITS ETF which listed in London. The fund is a European version of its flagship ETF in the US, which has more than $6.5bn in assets and which GSAM said is the largest multi-factor equity ETF in the world.

Nick Phillips, head of the international retail client business at GSAM, said in a statement: “The funds will be relevant to both retail and institutional clients. This is a significant addition to our international product offering and we are tremendously excited to enter the fast-growing European ETF market.”

GSAM said in September it was planning to launch a range of ETFs over the next six months. Last week the firm became a new issuer on the Swiss exchange by launching three smart beta ETFs.

Koudelka also expects growth in the European ETF market to come from the launch of more robo-advisors. “In the US there is $275bn in assets under management in robos and a lot of that is in ETFs, and that will expand around the globe,” he said.

In Europe the introduction of MiFID II regulations at the start of last year mandated reporting of ETF trading for the first time in the region. ETF flows have increased since MiFID II went Iive but Fitzpatrick argued more is needed to improve transparency.

“A consolidated tape for Europe would be a game changer in increasing transparency and giving a clearer picture of ETF volumes and liquidity across the market,” Fitzpatrick said.

Koudelka added that State Street is looking to provide more data in order to boost demand. “In conjunction with Global Markets we are developing reporting of custody data such as the type of investors buying ETFs, and their location, which will help lead generation,” he said.

“We are investing heavily as part of a three-year plan and it will benefit the whole European market and the wider ETF ecosystem,” added Fitzpatrick. “We will also launch an AP Portal in our proprietary primary market dealing portal  Fund Connect to allow APs, and issuers, to access relevant ETF data such as AP confirmation, net asset value data, portfolio composition files, and pricing baskets.”

The Case for Closing Your Next Big Deal Virtually