MiFID II aimed to increase trading on lit venues in the European Union but the sell side argue this will harm best execution and want the share trading obligation and double volume caps removed from the regulation.

The European Securities and Markets Authority last week published the responses on certain aspects of the regulation.

The Association for Financial Markets  in Europe, which represents banks and other significant capital market players, said in its response that enforcing increased lit market trading would not necessarily improve price formation and may harm execution for end investors.

“Therefore, AFME supports the removal of the share trading obligation and the double volume cap mechanism“ said the response. “Neither of these policies advance positive outcomes for end-users, but further increase complexity in market structure.”

AFME continued that price formation in Europe is healthy as shown by spreads on lit markets remaining stable or tightening post-MiFID II. 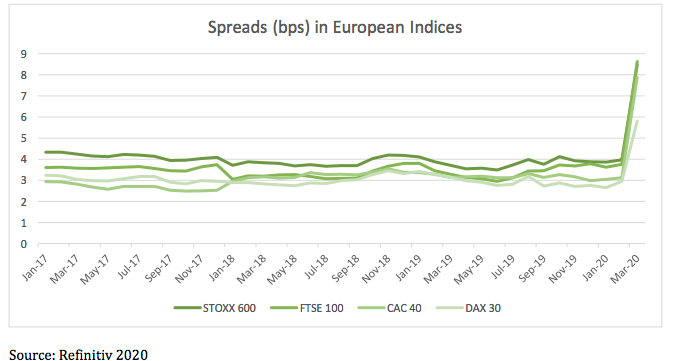 “The emphasis on an incumbent stock exchange as a central source of price formation is outdated and is a symptom of market failure rather than an argument for preservation of the status quo,” added AFME. “Breaking this cycle would lead to more open, resilient and deeper capital markets in Europe.”

Virtu Financial, the electronic market maker, also asked in its response why there is a need to limit dark trading.

“The US markets function efficiently and have more dark trading than in Europe,” added Virtu. “The ability to trade on dark venues provides benefits to the end investor – it reduces market impact of orders which would otherwise raise execution costs for investors.”

Liquidnet, the institutional dark pool, argued in its response that trading away from the exchange has always been an important element of equity trading in order to reduce market impact.

“Toxicity in the lit market remains the main inhibitor to the institutional trading community supporting lit continuous trading due to information leakage, market impact and price reversion,” said Liquidnet. “As a result, asset managers would rather seek alternative methods of execution in their such as anonymous block trades in their search for liquidity.”

Liquidnet recommended that regulators should focus on improving trading quality on lit venues by introducing a code of conduct and improved standardisation of data through a European consolidated tape.

“Without fixing the lit, regulators risk forcing asset managers to elect to trade on the lit over what is in the best interest of end investors,” said the response.

The Federation of European Securities Exchanges said in its response that the Market Model Typology industry-led initiative  should be applied to all trading venues, execution venues and over-the counter transactions in order to improve data reporting standards and facilitate consolidation. “Moreover, MMT should be brought under the governance of Esma,” said the federation.

MiFID II introduced caps on trading in dark pools with the aim of shifting volumes onto lit markets. AFME supported their removal.

“The mechanism does not result in positive outcomes for end-users and unnecessarily increases the complexity of European market structure,” said the trade body.

The Federation of European Securities Exchanges proposed a simplified market structure in its response by using the large in scale (LIS) threshold to differentiate between lit and dark trading.

“Above LIS trading constitutes a legitimate dark space in which trades are not subject to pre-trade transparency and benefit from delayed post-trade transparency,” said FESE. “There would therefore no longer be a need for a double volume cap mechanism in such a scenario.”

“FBAs help investors by reducing market impact – that benefit would be undermined by requiring the disclosure of all orders submitted to FBAs,” added Virtu.

The London Stock Exchange Group operates Turquoise Plato Lit Auctions, an example of a frequent batch auction system. “Any new measures need to be proportionate and measured so as not to risk jeopardising pools of liquidity that can assist end investors obtaining best execution,” said the exchange in its response.

Today, the majority of trades are large blocks and even during times of heightened activity and increased #volatility, the market has evolved to embrace dark pools to achieve #bestexecution and get their business done more efficiently. Read full article: https://t.co/wJhPW6oGwx pic.twitter.com/a7SJOgkfuK

FESE said closing auctions have been increasing volumes as it is one of the few times in the day when investors truly receive the benefit of centralised liquidity, as well as the growth of passive management which references the end of day price.

The exchange federation argued that the centralisation of liquidity in the closing auctions guarantees that the price formed is dependable since it is protected by the rules established by exchanges.

“Dispersing trading across a large variety of venues and execution modes will come at the cost of deterioration of price formation,” added the response. “Hence, FESE believes that Esma shall not take any action be it by limiting the participation into closing auction or by intervening in the existing competitive landscape.”

However Virtu said Esma should closely monitor the pricing practices of the primary exchanges who have a monopoly on the close given the significance of auction as the biggest daily liquidity event and its significance as a reference price.

Nasdaq said the current regulatory framework regarding auctions, including closing auctions, seems sufficient and there is no need for further changes. “We still however underline the importance of a harmonised supervisory approach to auctions across the EU,” added the exchange.

Cboe Europe said in its response that a concerning aspect of increased closing auction volume growth is its impact on price volatility.

The exchange continued that a comparison of closing auction prices and the volume weighted average price of continuous trading shows that there is a consistent difference across Europe’s exchanges of around 50 basis points.

“This is particularly concerning when we note that over 23% of multilateral volume is taking place on the closing auction, and is therefore potentially taking place at a materially incorrect price,” added Cboe Europe. “In our view, this trend should continue to be closely monitored, and assessed thoroughly from a systemic risk and best execution perspective.”

Euronext noted in its response that the increased market share of closing auctions has sparked allegations that their centralised nature gives primary exchanges too much power.

“However, it is important to recall that there are currently approximately 170 equity execution venues in Europe, which shows evidence of a highly competitive market,” said Euronext.