The volume of directly negotiated repo through voice brokers has fallen to an all-time low as incoming regulations encourage a shift to more efficient electronic trading.

The International Capital Market Association’s latest European Repo Market Survey said directly-negotiated repo recovered sharply, despite increased electronic business transacted over automatic repo trading systems. “This was largely due to a drop in the volume of business through voice-brokers to a new all-time low,” added the survey.

In June 2019, the @icmagroup ERCC conducted the 37th in its series of semi-annual surveys of the repo market in Europe. The latest survey asked for the value and details of repo contracts outstanding at close of business on June 5, 2019. ⤵️https://t.co/moFQSuoOj5

SFTR requires all securities financing transactions including repos, securities lending and margin lending trades, to be reported to an authorised trade repository the day after a trade using a unique transaction identifier. The data, consisting of approximately 150 fields, should allow supervisors to monitor market developments such as the build-up of leverage in the financial system. In addition, there are new disclosure obligations and collateral reuse obligations.

Leading industry experts from @UnaVista, @LCH_Clearing, and MTS Markets came together to discuss how you can get ready for SFTR, from execution, to reporting, to clearing.

“Dealer-to-client trading is typically executed by voice, so SFTR is a significant hurdle for many participants,” said Harry. “To help facilitate the transition, MTS is offering an SFTR blotter for both bilateral and cleared trades which includes the required reporting fields.”

Harry explained at the briefing that MTS was also seeing changes in customer behaviour, particularly with regard to processed trades. “These are negotiated bilaterally but then executed on a venue to allow straight-through-processing and reporting,” he added.

Tim Martins, product manager for money markets and derivatives at MTS Markets, said on the firm’s blog that better electronic repo markets, along with sponsored repo clearing and standardization of legal agreements, could result in a new trading business model. 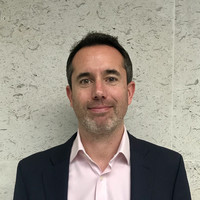 “It is rapidly becoming the norm that all commoditized trades be conducted over an electronic platform, as anything else simply takes up too much time with little benefit,” added Martins. “Applying a straightforward rules based approach allows both sell-side and buy-side firms to take advantage of new efficiencies such as axe sharing and price discovery that are driving capital markets as a whole.”

He continued that dealer-to-client repo trading is still in the first 30% of automation that could be achieved with relatively little straight-through processing – but this is being changed by SFTR.

“Market trends suggest that electronic repo trading would grow without SFTR, but SFTR will speed up the process,” said Martins. “The aggregation of more trades, and hence more data, on electronic platforms will lead to a taming of the Wild West of repo.”

“Adding automated settlement to tri-party agents and central securities depositories extends this value-add of electronic platforms,” said Martins. “While repo may never be as standardized as foreign exchange or equity trading, the potential for greater alignment across clients means that repo dealers could look at new business models that combine standardization and sponsored repo to further reduce internal costs.”

ICMA continued that the survey suggests that the recovery of the market that has been in progress since 2016 has paused, albeit close to its record level.

“The slowdown in the repo market may have reflected the impact on financial markets of increased uncertainty in the global economy and the effect of inverting yield curves on fixed-income trading,” added ICMA.

One exception was Italian government bonds, which have been favoured by investors in their search for yield. In contrast, German securities suffered from increasingly negative yields.

“The end of quantitative easing in the eurozone at the end of 2018 may have boosted the recovery of tri-party repo, which is a source of general collateral funding that has suffered from the plentiful supply of central bank money,” said the survey.