Jay Clayton, Chairman of the U.S. Securities and Exchange Commission, said that if he has his druthers, there will be a review of Regulation National Market System or Reg NMS. 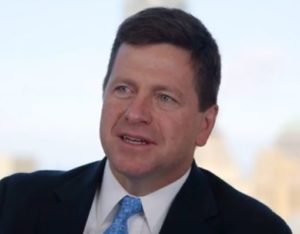 Reg NMS was first put into place back in 2005 and the broad reaching rules were designed to enhance competition between trading venues and to update the market’s rules as electronic trading (low-touch) grew while human trading (high-touch) became increasingly popular. As time has progressed, the market structure has changed dramatically and Reg NMS has remained static, leaving many in the marketplace – the exchanges, brokers, and buy-side – to wonder if NMS needs to either be updated, abolished or completely re-written.

Clayton agrees that the SEC and rulemakers need to at least revisit the bedrock regulations and that the current rules “may have missed their mark” while some others are completely with some parts of the rule, while adding that other portions of Reg NMS are extraneous.

“As technology and business practices evolve, so must our regulatory framework,” Clayton, who joined the SEC in 2017 after being nominated by President Donald Trump, said during a recent speech at Fordham University. “It is clear that the market challenges we faced in the early 2000s are not the same as the issues that we confront over a decade later.”

Speaking alongside SEC Division of Trading & Markets Director Brett Redfearn, Clayton said there are several things the regulator would explore this year to address the current market structure. Two of the most important items under review are the consolidated audit trail and another are market data fees and costs associated with them charged by exchanges.

“We currently have a two-tiered system of market data and market access in the United States — core data and proprietary data,” Redfearn said. “I believe we must assess whether the current core data system is contributing to a bifurcated landscape of market data that calls into question whether access to markets remains fair and not unreasonably discriminatory.”

“Some of the challenges we face today may, in fact, be consequences of Regulation NMS and other rules,” Clayton said. “It is important that we reassess Regulation NMS, now 14 years old, as well as whether the dissemination of, and access to, market data can be improved to better facilitate Exchange Act objectives.”