Valeria Morozovsky Girimonte, group chief executive and co-founder of REDD Intelligence, jokes that as she grew up in Argentina she was destined to work in the field of distressed debt. She now leads a firm which specialises in providing fixed-income intelligence and analytics for event driven, special situation credit opportunities in emerging markets. 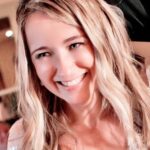 Morozovsky Girimonte told Markets Media that between 2005 and 2015 there was a large growth in debt capital markets volume from emerging markets. However, there was no coverage from an emerging markets point of view before REDD launched in 2013.

“Investors told us they had too much noise and not enough signal,” she added. “Our aim was to put local corporates into context and provide transparent and actionable intelligence that adds value.”

REDD is headquartered in New York but has teams in thirteen cities globally. The firm uses artificial intelligence and alternative data technology to provide real-time news and analytics on more than 1,400 emerging market companies through an online platform and mobile applications.

“We use a unique combination of human power and technology,” said Morozovsky Girimonte.

Morozovsky Girimonte explained that it was “very hard” being a female founder from Latin America, who receive virtually no funding from venture capitalists. She founded the firm with Gabriel Desanctis, chief executive Asia at REDD.

She added that diversity in all aspects is important, including background and ethnicity.

“An advisor at Stanford Graduate Business School told me that the perfect team is a zoo,” she said. “That has stuck with me.”

Morozovsky Girimonte said: “Environment, social and governance-related issuance will play a significant role in the recovery of emerging economies and, akin to our other offerings, we are now bringing a unique and unvarnished viewpoint to help subscribers take advantage of this opportunity.”

For example, corporates will be able to review and benchmark against peers across other emerging market regions.

Last year REDD expanded geographic coverage to Central and Eastern Europe, Middle East and Africa from a new London office, adding to its coverage in Latin America and Asia.

The CEEMEA expansion was funded by REDD’s first institutional financing in August last year. The firm closed a $5.8m equity financing round led by Nassau Point Investors. The firm said at the time that, in the six months to June 30 2020. REDD had 42% year-on-year revenue growth with Asia growing at over 100% over the same timeframe.

“We are bullish on organic growth this year but will look at acquisitions that add value,” Morozovsky Girimonte added. “We are looking to expand into additional  verticals, possibly equities, and at aggregating social media”

The fourth quarter of last year was the strongest for emerging market inflows since just before the 2013 “taper tantrum” according to the Institute of International Finance. 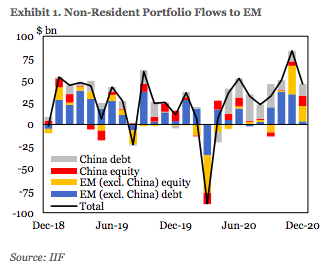 The IIF said in a report that emerging markets had total inflows of $313bn last year, just $48bn less than 2019.

“An impressive reading considering that the COVID-19 shock meant one of the deepest and most violent outflow episodes on record,” added the IIF. “The main driver for this recovery is the impressive performance of China debt flows, along with the recovery of all other asset classes.”

The report said the exodus of capital from emerging markets is now firmly in the rearview mirror and robust inflows look set to continue.

“Nevertheless, lingering questions on dollar performance along with the future prospects of monetary policy for G-3 countries could influence negatively the positive base scenario for 2021,” said the report.