Now that summer is over and Wall Street is back to business, let’s talk mergers and acquisitions. 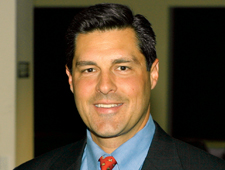 Think Piper Jaffray and boutique brokerage Weeden & Co. The deal was originally announced back in February and has now closed as has summer and Traders Magazine had the opportunity to discuss the acquisition with both Tom O’Kane, co-head of Global Equities and Lance Lonergan, Head of Global Equity Execution (formerly head at Weeden).

The combination of Weeden & Co. and Piper Jaffray, along with the recently announced merger with Sandler O’Neill, creates a market-leading equities business, according to the leadership of both firms. 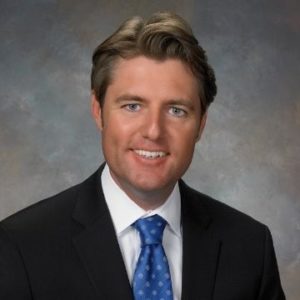 “Together, we will be able to offer our combined client set the full breadth of an expanded product suite including Weeden & Co.’s highly ranked agency execution platform coupled with Piper Jaffray’s industry-leading deep sector research making our offering far more robust and relevant,” said Deb Schoneman, president of Piper Jaffray back in February.

“First and most important, our cultures are compatible; that was clear after we first met them about three and a half years ago,” Lonergan said. “We’re like-minded firms, our teams enjoy what they do, we work hard and put our client interests first. Piper Jaffray has made significant investments in research and our capital markets business. But, in an increasingly MiFID II-focused world we needed to be able to have an industry-leading execution platform. Weeden has that.”

Also, Lonergan pointed to the scaling its operations in an increasingly competitive environment.

“Increasingly scale is important to our clients. It’s important internally from an expense control perspective —trading is a high fixed-cost business,” Lonergan said. “Even more importantly, scale is important externally; we’ve now significantly increased the breadth and depth of liquidity for our buy-side clients.”

So, this was good for Weeden?

“From Weeden’s perspective, as we got to know the Piper team, we were comfortable with their leaders and the role that we would be able to have at a larger firm to affect a better outcome for both of us,” Lonergan explained. “At Weeden, we built a very high-quality, client-execution focused platform. With the addition of the Piper Jaffray products we’ve got more to monetize — liquidity begets liquidity. This allows us to reach the next leg of revenue, of sophistication, basically to get to the next chapter of what we can offer clients that much sooner.”

Lonergan was referring to the research aspect of Piper Jaffray and the breadth of its offering. The firm offers 36 senior analysts covering 650 companies, research distribution partnerships in Europe and Canada, conferences and corporate access. It also gives Weeden access to new issue product. In 2018, for example, Piper Jaffray raised $16.1B across 85 new issue offerings, serving as bookrunner on 58 transactions.

What can Weeden’s clients expect of the new firm?

“I don’t expect too much will change, meaning, our clients will continue to experience the same culture, the same approach they had before, they won’t experience a disruption,” Lonergan assured. “On the positive side they’ll get the benefits of broader sales and trading capabilities, the products and resources of a full service firm, and a larger, more efficient trading platform.”

Was there a lot of client overlap?

Tom O’Kane, Co-Head of Global Equities told Traders Magazine that much is made of the overlap issues with Wall Street mergers but Piper Jaffray learned during our initial analysis that our two client bases have some distinct differences.

Lonergan added that 45% of the revenue at Weeden was with clients that Piper Jaffray didn’t previously have open. “So to Tom’s point, the overlap was much less than one would think.”

“And with the accounts where we did overlap, there was surprisingly little revenue dis-synergy,” Kane said.

Is this acquisition a reaction to MiFID II?

“I wouldn’t say it’s a reaction to it. But at the same time, it positions us better if MiFIDII type policies move to the U.S.,” Kane said. “We feel like we now have a best-in-class offering on both sides of the aisle, research and execution.”

While Lonergan’s new role at Piper Jaffray has been much documented, Kane explained that he was going to continue to manage sales and be Co-Head of Equities with Mike Cox, who heads up research. Jim Fehrenbach, who did a lot of work with this transaction, will remain COO.

“The trading leadership going forward will resemble what it looked like at Weeden. Lance will manage that for us, as Global Head of Equity Execution,” Kane said.

How is Piper Jaffray going to brand the combined firm?

Kane explained that the answer is getting more interesting.

“The Weeden name will fold into the Piper Jaffray brand, so we’ll be known as Piper Jaffray,” Kane began. “But with our acquisition of Sandler O’Neill, Piper Jaffray will change its name to Piper Sandler in 2020. Herman Sandler, one of the founders of Sandler O’Neill, was also one of the 66 firm members they lost on September 11, 2001. As the leadership teams worked through their negotiations, they felt the right thing to do was to acknowledge Herman Sandler and the Sandler O’Neill legacy. I think everyone’s excited to go forward with the employees, the values, and the history of such great Wall Street firms.”

T+1: Looking Back to Determine the Future of Settlement

Saving 20bps And A Lot Of Time
combining_historical November 11, 2013

Saving 20bps And A Lot Of Time