Record levels of retail participation in the U.S. markets last year was one of the factors that boosted options trading volumes on US exchanges in 2020.

Nasdaq said in statement yesterday that 2020 was the first year it led all exchanges in total volume traded for equity options across all categories, including proprietary single-exchange-listed options products. The exchange said it processed 365 million trades and 2.58 billion contracts.

“These record numbers, combined with handling more than 8.88 trillion messages, made 2020 the most active year of options trading since options were introduced as tradeable products in 1973, and marked a 52% volume increase over 2019,” added Nasdaq. 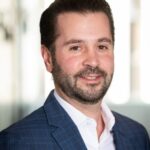 Greg Ferrari, head of Nasdaq options, said in a statement: “The modern day industrials in the Nasdaq-100 continued to drive the global economy during a uniquely challenging year, and options gave investors another way to express their interest in these great companies.”

E-mini have a much smaller notional value, for example one-tenth of the size of standard contracts, so they are more approachable and users can hedge risk more precisely.

Greenwich Associates said in its Top 2021 Market Structure Trends report that options trading venues will fight even harder to capture increasing demand after 2020 was a blowout year for the U.S.-listed options industry.

“The combination of huge volatility spikes, the move to zero commissions, the launch of retail options trading apps, and the failure of traditional hedges drove a massive increase in option volumes, added Greenwich. “This was specifically true in single-name options.”

The consultancy continued that there are a dozen listed options exchanges, but they are contained within four exchange groups.

“Now that MIAX has decided to enter the stock exchange business, it seems even more likely that the remaining stock exchanges that do not have options exchanges—MEMX and IEX, for example—might try to set them up,” said Greenwich.  The technological lift is small and the market share necessary to reach profitability is even less, now that marketwide volumes are so much higher.”

Libor is due to stop being published at the end of this year and contracts in the new risk-free rates set records last year.

After the financial crisis there were a series of scandals regarding banks manipulating their submissions for setting benchmarks across asset classes, which led to a lack of confidence and threatened participation in the related markets. As a result, regulators have increased their supervision of benchmarks and want to move to risk-free rates based on transactions, so they are harder to manipulate and more representative of the market. The US has chosen SOFR the replace US dollar Libor while the UK has chosen Sonia as the sterling risk-free rate.

In addition ICE reported record SOFR open interest which rose 22% year-on-year while was 103% higher than in 2019.