OpenFin, which provides an operating system for desktops in finance, is launching visual interfaces and expanding into more geographies following a strategic investment from SC Ventures, the innovation, fintech investment and ventures arm of Standard Chartered.

The firm’s operating system, built on Google’s Chromium engine, is similar to the Android or iOS operating platform for mobile phones but was launched to provide standardisation across capital markets desktops so the industry can deploy new applications more quickly and they are interoperable. The system is used at more than 1,500 unique firms, including the largest investment banks, asset managers and many vendor platforms, to deploy more than 1,200 desktop applications. 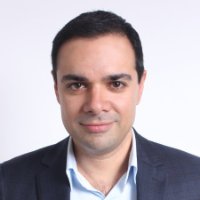 Mazy Dar, co-founder chief executive of OpenFin, told Markets Media: “The operating system is invisible as developers build apps on top of it. The new desktop-wide Notification Center will have a visual interface.”

There are native notifications in other systems used on desktops but clients have told OpenFin that they do not have the required functionality for capital markets. For example, some notifications can pop up and go away but others need to stay on the desktop until action has been taken, for example, notification of a trade break that needs investigation.

“Many firms want notifications but it would be  inefficient if each firm built their own version,” said Dar. “OpenFin is ideally placed to solve this issue for the industry.”

In the first quarter of next year OpenFin will be launching another visual interface, an app launcher, for similar reasons.

Next year OpenFin will also be expanding its operating system from desktops to tablets.

Another focus will be on collaboration tools as working from home is expected to continue next year.

Dar explained that after lockdowns due to the Covid-19 pandemic were implemented, OpenFin carried out a survey of customers’ set-up at home.

“We found they had half as many monitors so we minimized workspaces and added functionality to the desktop ,” he said. “Some people worked both at home and in the office and the software could detect the monitor set up and adjust accordingly.”

Prior to the lockdowns most staff at OpenFin worked in the office in London or New York.

“I am surprised how well working from home has gone,” he added. “We have hired people I have never met and they do not have to be near New York or London.”

He continued that remote working has significantly increased the focus on moving to the cloud across financial services.

The Deloitte Center for Financial Services’ survey of 800 senior executives on the trends in 2021 found that  pandemic has clearly accelerated digital transformation.

Jim Eckenrode, managing director of the Deloitte Center for Financial Services, said in a podcast: “There is a real focus on investing in cybersecurity and privacy, cloud and data analytics and interestingly enough, also accelerating innovation initiatives.” 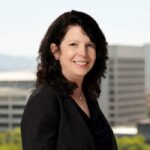 “More has been realized in the last seven to 10 months than the prior five years,” she added. “That’s something we’re going to see much more careful planning around at all institutions, regardless of which sector they’re in.”

Standard Chartered adopted OpenFin’s technology earlier this year and the technology provider said it expects a significant increase in users across Asia, Africa and the Middle East as a result of the bank’s diversified client geographies.

Dar said SC Ventures made more than 80 introductions at Standard Chartered which meant that the pace of innovation has been astounding.

“The Standard Chartered partnership moved quickly from front and middle office to other parts of the bank such as human resources and compliance,” he added.

The use of OpenFin outside the front and middle office means the operating system could be used in these functions outside finance. For example, a government agency has started using the technology.