This week marks the final phase of China A-shares increasing their weight in the MSCI Emerging Markets index, which is seen as significant step forward for China’s onshore equity market. 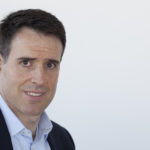 Danny Dolan, managing director of China Post Global, said in an email: “This week’s increase of the China A shares weight in the MSCI EM index is another significant step forward for China’s onshore equity market. Not least since it includes mid-cap China A-shares for the first time.”

Dolan said this year’s quadrupling of the China A share weights in the MSCI indices is expected to result in over $80bn (€73bn) of inflows into China’s A-share market. He continued that China A-shares also began to be included in FTSE’s global equity index series three stages from June this year to March 2020, which is expected to add a further $10bn of inflows into China.

“This year’s index-related inflows of close to $90bn help offset the impact of the US-China trade war, and have helped the CSI300 index rise by 28% year to date,” said Dolan.

He explained that many of these new flows are from overseas institutional investors who have longer term investment horizons than average for the retail-driven Chinese market, which should help stabilise the market and reduce volatility.

“There will be substantial further increases to the A-shares weights of all major global indices in the years ahead, but additional compromise by the Chinese authorities on foreign ownership will be required before long,” said Dolan. “The current 30% cumulative limit on foreign ownership of China-listed companies is already causing challenges, with some companies already having their index weights reduced to ensure tradability.”

In February this year MSCI announced a weight increase for China A-shares in its global indexes in three steps. In April MSCI increased the index inclusion factor of all China A large-cap shares from 5% to 10%. In August this was increased to 15% and this month to 20% , when mid-cap shares are added.

HSBC Asset Management said in a report in March that on a pro-forma basis, the weight of China A-shares will rise to 3.3% of the MSCI Emerging Markets Index this month, up from 0.7%. Upon completion of the three-step implementation, there will be 253 large-cap and 168 mid-cap China A shares, including 27 ChiNext shares.

“These changes could lead to $73bn in inflows to the A-shares market this year from funds benchmarked to various related indexes according to HSBC Global Research’s estimates,” said the report.

HSBC added that MSCI attributed the smooth running of the Stock Connect programs and improvements in market accessibility as the main justifications for lifting the inclusion factor.

Stock Connect launched in November 2014 as a collaboration between the Hong Kong, Shanghai and Shenzhen Stock Exchanges. The scheme allows international and mainland Chinese investors to trade securities in each other’s markets while using the trading and clearing facilities of their home exchange.

“Though the short-term impact will be limited, the weight increase is a step in the right direction toward reflecting China’s rightful position in the global investment universe as the world’s second-largest stock market,” added HSBC. “MSCI also said the weight of A-shares may increase in the future if China continues to promote further opening and development of the market (for example, allowing the listing of index futures and other hedging tools.”

BNY Mellon said in a blog in June that the increased weighting of China A-shares  mean that investors will have to reassess their China equity allocations.

“By the end of 2019, China A shares will have a weighting of approximately 4% in the pro forma MSCI Emerging Markets Index, up from 1% at the beginning of 2019, and become too large to ignore,” added BNY Mellon.

The blog noted the an issue for investors is the the short settlement cycle for China A-shares.

Magdalene Tay, custody product manager, Asia Pacific, asset servicing at BNY Mellon, said in the blog: “The short settlement cycle creates operational challenge as the post trade settlement processing timeframe is short and may lead to risk of settlement failure. This is a particular concern for foreign investors without presence in Asia, as they cannot easily meet the market cut-off time.”

As a result BNY Mellon has two Stock Connect service models to support foreign investors without a presence in Asia.

In June this year the Shanghai-London Stock Connect was launched and allows established Chinese issuers to raise capital in London while UK-listed issuers can access Chinese domestic markets. It is the first fungible cross-listing mechanism enabling international investors to access China A-shares from outside Greater China. In June Huatai Securities became the first issuer to list global depository receipts in London on the Shanghai Segment of London Stock Exchange when it raised $1.54bn.