There was only a small fall in Swiss equity trading market volumes in the first week of this month as Switzerland’s stock exchanges lost equivalence with the European Union.

The European Commission had granted temporary equivalence for stock markets to Switzerland in December 2017, which was extended to 30 June 2019. When equivalence ended more than 300 Swiss shares were removed from trading on European Union venues on 1 July.

Tim Cave, analyst at consultancy Tabb Group, said in a report  that the equivalence assessment was critical because, under MiFID II regulations, EU firms must trade shares on EU venues or equivalent third country venues.

Swexit: The Impact on Equity Trading One Week On – TabbFORUM https://t.co/lyC6C8nxZw

“For context, around 30% of Swiss turnover had been taking place on EU-based venues,” Cave added. “In a retaliatory move, the Swiss issued an ordinance which, in the event of no equivalence, prevented Swiss stocks from being traded on foreign venues (excluding over the counter activity such as systematic internalisers).”

As a result around 300 stocks were de-listed from EU venues including Cboe Europe, Aquis Exchange, Turquoise, Liquidnet, ITG Posit and UBS MTF.

“This was a significant moment for European equity market structure in many ways: Switzerland is the fourth-largest European market by value-traded and, with around 30% of that trading taking place in the EU, the de-listing had a significant impact on trading behaviour; it was the first major example of regional fragmentation since MiFID I’s attempt to promote pan-European trading in 2007; and finally, it offered a preview of what could happen in the event of a no-deal Brexit scenario in October,” said Cave.

His analysis showed that in the first week of this month the level of disruption was minimal, with Swiss market volumes only slightly down from last month despite activity shifting from EU-based venues to the Swiss primary market and its dark book, SwissAtMid.

“While it remains early days and the impact of these changes will play out over a longer period of time, it is already obvious European equity markets have taken a backward step,” he added. “Yes, the market adjusted to ensure a smooth transition on July 1st, but Switzerland no longer benefits from the greater competition and pan-European venues that emerged from MiFID I. Less choice and less competition could drive up trading costs over time in Switzerland.”

It is possible that the UK could also lose equivalence once it leaves the European Union, and may cause issues because of the number of dual listed UK/EU stocks where the most liquidity is in the UK.

“The EU has already indicated it intends to force EU firms to trade EU stocks in the EU in the event of a hard Brexit,” said Cave. “The UK has yet to state its position on the matter and will no doubt be closely monitoring the situation in Switzerland.” 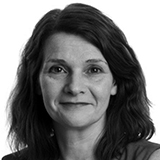 Anne Plested, regulatory expert at ION Markets, said in a blog that the financial community’s hopes of an eleventh-hour extension to maintain the status quo were dashed.

Plested wrote: “The impact on market structure will no doubt play out in the coming days. How markets respond is likely to set a precedent as the clock runs down towards Brexit, whatever form it might eventually take.”

There has already been a dispute with the UK over the scope of European Securities and Markets Authority’s share trading obligation. In March Esma announced that after Brexit, EU firms will have to trade certain shares and derivatives on EU or equivalent venues, even if most liquidity is currently in London.

Nausicaa Delfas, executive director of international at the UK Financial Conduct Authority, warned at the time that this would conflict with the UK’s own share trading obligation.

She said: “This has the potential to cause disruption to market participants and issuers of shares based in both the UK and the EU, in terms of access to liquidity and could result in detriment for client best execution. We have therefore urged further dialogue on this issue in order to minimise risks of disruption in the interests of orderly markets.”

As a result, in May, Esma said the share trading obligation would not be applied to 14 UK shares included in its previous guidance.

The UK Financial Conduct Authority responded in a statement that it was encouraged that Esma has taken steps to reduce the disruption that would be caused but said further action was needed.

“However, applying the EU STO to all shares issued by firms incorporated in the EU (EU ISINs) would still cause disruption to investors, some issuers and other market participants, leading to fragmentation of markets and liquidity in both the EU and UK,” added the UK regulator.