MarketAxess, the electronic platform for fixed income trading and reporting, is going to extend Open Trading to some markets in Latin America and Asia this year as the protocol had record volume in the first quarter of this year.

Open Trading is an all-to-all trading mechanism allowing multiple parties in a network to come together to trade, rather than the traditional model of only banks supplying liquidity to the buy side 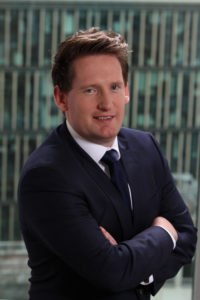 “Open trading is available in four local debt markets in central & eastern Europe, Middle East and Africa and we intend to roll it out to a few markets in Latin America and Asia later this year,” he added.

MarketAxess reported in its results for the first quarter of this year that Open Trading reached $208.6bn (€189bn), up 55% from a year ago. 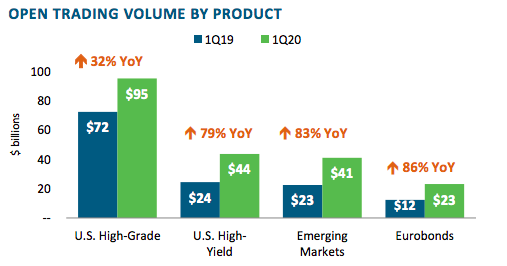 Rick McVey, chairman and chief executive of MarketAxess, said in the results statement: “We believe Open Trading liquidity was essential to the functioning of credit markets during the quarter, and MarketAxess played a valuable role keeping our clients connected to the market as traders moved from their centralized trading floors to home offices.”

McLeod added that clients providing liquidity have jumped 40% from pre-crisis, as they could take contrarian positions efficiently and anonymously via Open Trading.

“We have also been providing clients with more data such as CP+ which they can use as a market standard reference price,” he said.

Emerging markets also reached record trading volume in the first quarter, alongside US high-grade, US high-yield, Eurobonds, munis and US treasuries.

We reported revenues of $169 million, operating income of $91.1 million and diluted EPS of $1.96 for the first quarter of 2020. Join us for our first quarter 2020 earnings call today at 10am EST. https://t.co/spDZNI6PBP #earnings #fixedincome #electronictrading $MKTX pic.twitter.com/9YdYrz85Sq

McLeod added that emerging markets also had a record month in March as volatility increased due to the Covid-19 pandemic.

“Taking Asia as an example, the number of unique active clients rose 30% and dealers taking liquidity in Open Trading also rose 60% versus the same period the previous year, as we have become the go-to liquidity pool, even more so in times of volatility,” he said.

He continued that trading from clients in Asia increased 225% alongside 40% in Latin America, as MarketAxess has built out the network of regional dealers who are additive to liquidity.

“One unique feature of our Auto-X product is that it enables the trader to take control in flight on troublesome bonds, which is exactly what we observed during the extreme volatility,” he added.

MarketAxess wants to focus on helping clients provide liquidity more efficiently, so will be adapting its automated technology to systematically respond to Open Trading inquiries by setting parameters and, by doing so, enabling clients to become dealers.

“This enhancement will be available at the end of the year,” said McLeod.

The Institute of International Finance said in a report on April 9 that its tracking of portfolio flows in emerging markets showed unprecedented outflows and there is some risk of further outflows in the second quarter.

The IIF said the COVID-19 shock and the drop in the oil price had resulted in a pronounced sudden stop in capital flows to emerging markets. 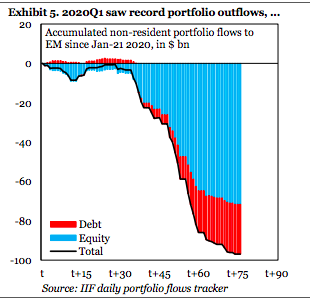 “Our daily tracking of nonresident portfolio flows shows that the first quarter of 2020 witnessed the largest emerging market outflow ever, exceeding the worst points of the global financial crisis,” said the report.

The study continued that total foreign investments in emerging markets, excluding China are expected to be $304bn, the lowest since 2004 and that investor positioning increased sharply in recent years, which may contribute to large outflows.

“We forecast debt flows to be negative in both Latin America and emerging market Europe, with the former seeing outflows of more than $16bn and the latter of $5bn,” said the IIF.

McLeod added that the US Federal Reserve and the European Central Bank are backstopping developed credit markets.

“Central bank intervention is not homogeneously available in emerging markets especially as we are approaching a downgrade cycle for the first time in 10 years,” he said. “However, when there is uncertainty, our trading platform performs stronger.” 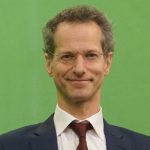 David Lubin, head of emerging markets economics, at Citi said in a report this week that risk appetite towards emerging markets seems higher than it did at the same point of the global financial crisis.

“Although the rise in public debt in emerging markets might win an ‘ugly contest’ with developed markets, a key question for emerging markets is whether investors, both domestic and foreign, have any confidence that these countries can grow out of their debt, and on this issue we are pessimistic,” added Lubin. “Low interest rates in developed markets might help push capital towards emerging markets, but that’s not a reason to be confident about the future of the asset class given the uncertainties that now afflict the global economy.”

“Many investors will likely seek out alternative sources of coupon income such as higher-quality emerging market debt,” added BlackRock. “Another potential positive: China is gradually restarting its economy after stringent lockdown measures, and is set to deliver a large stimulus package.”