The capital markets industry will better understand how they can use so-called low code applications in the next six to nine months according to Stephen Murphy, chief executive of genesis.

In October the fintech launched the genesis platform which was designed specifically for capital markets to enable the building of robust, secure products by radically reducing the amount of coding needed.

Murphy told Markets Media: “Our most important objective is for the capital markets industry to understand there is a better way to build, deploy and manage software. Low code substantially reduces cost, operational risk and time to market.”

He predicted that over the next six to nine months the industry will understand how low code applications are fit for purpose in capital markets and how to use them.

Very excited to announce the launch of the genesis platform, our 'low-code' application platform, designed and built specifically for capital markets, offering a new faster approach to #digitaltransformation https://t.co/DZs1ccprVs pic.twitter.com/eu4LW7ZJBb

Clients can use the genesis low code platform to build their own products more quickly; they can use a pre-built capital markets product developed by genesis or they can build a bespoke service alongside genesis.

Murphy gave examples of how clients have used the low code platform in different ways.

“A major European bank created a new marketplace for credit risk insurance for syndicated loans,” he said. “Another client created a new pricing model for swaps and foreign exchange options to replace spreadsheets they were using and a legacy vendor.”

In addition, one of the largest Latin American wealth managers and private banks used the platform to develop portfolio proposals and manage rebalances across their holdings.

Murphy said: “We aim to define a better way for capital markets to develop software with the concept of low code. We call this ‘bringing legacy forward’ because it is not just a technology play but shows people how to build software and be part of a new way of working to enable overall transformation of the business.”

He unveiled the low-code application platform and new development tools at FinJS, the JavaScript for finance conference, in New York in October last year.

He said at the event: “For other tech industries it is expected that low code programming, will soon surpass traditional coding as the app delivery platform of choice. Capital markets firms, which are under increasing pressure to deliver fast, value-add services, need to get onboard and embrace low code application development.”

In marketplaces, the ability to process data at scale and in real time lies at the core of innovation.

Learn more about this, and other top tech trends for 2020 in @NasdaqTech’s latest report: https://t.co/cWLBTMJocT pic.twitter.com/nsybf6zcv0

Low code no code allows users to build and test applications such as mobile or web apps by dragging and dropping application components, and connecting them together without knowing traditional programming languages. 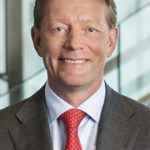 “We are moving away from delivering historical market data in a downloadable file that consumers have to figure out how to read,” said Nasdaq. “The new LCNC approach involves API access to the data that is also self-discoverable.”

Other trends highlighted in the report include the creation of data through machine-to-machine communication and the internet of things; and the ability to process data at scale and in real time.

“Machine learning and artificial intelligence tools are increasingly being used to analyze data and deliver actionable insights,” they added.

Streaming technology that broke ground in the world of social media and entertainment is now being used in capital markets and robotic process automation is increasing efficiency.

“Serverless compute in the cloud is reducing capital costs and shifting the focus to customers’ needs instead of setting up, configuring, patching and maintaining servers in the data center,” said the report.

In 2018 genesis secured $3m (€2.7m) in Series A funding from Illuminate Financial in the UK and Tribeca Early Stage Partners in the US.

Last month the same two investors were part of a second $1.8m funding round.

Delighted to continue our support for the @GenesisFinTech team! #lowcode #fintech #microservices https://t.co/6Igt0Itc6s

Nick Ogurtsov, Partner at Tribeca Early Stage Partners, said in a statement: “From the first time we met genesis, we felt the real potential to fundamentally re-define the very standards of software development within capital markets. This is exactly what we see genesis doing today, with its low code platform that creates dramatically faster time to market at a much lower cost than traditional software development methods.”

Murphy added that half of the new fundraising will be dedicated to a marketing budget as genesis will start holding its own events.

“In 2020 we will continue to develop the underlying technology of the platform and tooling for citizen developers to become more empowered,” he added.

This will involve a variety of visual tools ranging from managing environments through to designing data models.

Murphy predicted: “By the end of 2020 we will have doubled the size of the company and grown revenues, which is attainable given our pipeline.”