The structure of U.S. financial markets has held up strongly in the face of intense volume and volatility over the past week. But there are persistent inefficiencies that need to be addressed. 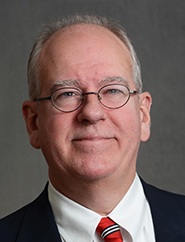 Those were broad takeaways from a panel discussion at a trading, liquidity and market structure conference held Friday at Baruch College in New York.

Amid “incredible” volume and volatility, “the system was operating and working and people were able to get trades in,” Ross said. “The market has sustained and it has continued.”

The CBOE Volatility Index, or VIX, was near 48 as Ross spoke, up from 18 just two weeks ago, on coronavirus fears. The reading would be much higher if investors looking to buy or sell had trouble doing so. “Imagine what VIX would be if NYSE or Nasdaq went down?” Ross said. “The business continuity of exchanges is imperative to stability.”

But amid the current tumult as well as before, there are lingering inefficiencies in market structure, such as market fragmentation, information leakage, and execution delays, according to Ross.

With regard to how liquidity has been affected by market structure, Nasdaq Chief Economist Phil Mackintosh cited the legacy of stock-price decimalization from the early 2000s. This change narrowed bid-ask spreads and decreased transaction costs, which boosted liquidity in aggregate.

“But what also happened was that (trading venue) competition was introduced, so there were lots of different places where liquidity rests,” Mackintosh said. “It became harder to know where liquidity is.”

Jim Toes, President and CEO, Security Traders Association, said that while the current market structure isn’t perfect, “overall does serve all parties rather well. It enables retail investors to interact with institutional investors.”

As shapers of market structure, regulators need to strike a balance between having the right safeguards in place to maintain stability, and providing market participants with speed and functionality.

“Nothing harms investor confidence more than an outage,” Toes said. “Systemic failures will harm investor confidence. But regulators can’t have market structure built just or a doomsday scenario, because you lose efficiency that way.”

Ross said regulators have helped mom-and-pop investors more than institutional investors, and the result is a duopoly of market structure — quote-driven dealer on one side, dark pools on the other — that doesn’t interact efficiently.

In the future, Toes said one high-priority issue to be resolved is markets’ ability to handle and process message traffic, which is burgeoning in options especially. Also, there’s a question of whether buy-side firms will be more willing to trade via central risk books handled by broker-dealers. “There could be more volume not making it to lit markets,” Toes said.

Nasdaq’s Mackintosh said one future trend will be markets outside of equities gaining efficiencies as data is better utilized.