Instinet Expands in Clearing and Settlement

Instinet clears its own trades, and its back office has the capacity to handle more, according to Luke Mauro, Global Head of Operations. So the firm is opportunistically taking on new business, for example the Dec. 16 announcement that Instinet would be the clearing agent for IntelligentCross, an AI-powered ATS equity trading platform. 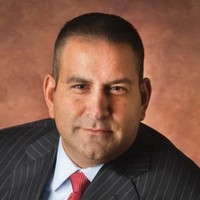 “We’re hearing from a lot of our clients who are having issues with their clearing brokers,” Mauro told Markets Media. “A lot of firms didn’t invest in the technology, and now volumes are so large that they’re just not able to handle it.”

Mauro, a 27-year Instinet veteran, said the firm’s competitive advantage in the back office lies in its technology as well as the experience of the staff. “Most of our technology is built in- house, and we already handle the tremendous amount of volume that Instinet does on a daily basis,” Mauro said. “And most of the team has been here for 15-plus years. So we have a mature team with a mature system that’s centrally located in New York. We don’t outsource.”

Roman Ginis, Founder and CEO of Imperative Execution, the parent company of IntelligentCross, said in a statement: “Instinet brings a 50-year commitment to innovation, deep expertise in post-execution services and connections to virtually every IntelligentCross participant. Since going live with Instinet, we have already experienced meaningful gains in efficiency and compelling ROI.”

Instinet used to clear trades for other firms but stopped doing so some years ago, according to Mauro. In its return to the business, Instinet will be selective. “We’re picking and choosing who we want to take on,” he said.

In September 2020, IntelligentCross broke into the top 10 among alternative trading systems based on volume handled, according to Finra data, and the firm projects percentage growth in the double digits going forward. “They’re going to be an interesting case. We’re excited about them in particular,” Mauro said.

Going forward, Mauro expects digital transformation of the back office to continue industry-wide, and Instinet to continue to lead in adopting new technology and processes; for example, the company is working in a pilot program to settle trades on a blockchain.

Mauro also sees industry moving to T+1 settlement within the next couple years, but T+0 is unlikely to happen very soon. “T1, people can handle. T0, that’s a radical change,” he said.

Beyond that, “I think you’ll see more consolidation,” Mauro said. “There are some firms that are just not investing, and nowadays, clients have so many venues to go to that if they have an issue with a broker, they just turn that dial off.”