The requirement to exchange initial margin on uncleared derivatives will affect ten times as many market participants in 2020.

Regulators began implementing the mandate to exchange initial margin on uncleared derivatives in 2016 in annual phases, with the fourth stage in September this year and the fifth in September next year. The implementation thresholds are based on firms’ notional amounts of outstanding contracts of the derivatives that fall under the regulation.

Consultancy Celent said in a report: “While 2018 marked the chronological halfway point of the initial margin regulatory rollout, the next two years may see a more than 10-fold increase in the number of firms subject to the regulation.”

The final phase of initial margin regulation will represent a big bang expansion of the IM regime, and it will take effect in less than two years from now — in September 2020. – Don't Miss the latest from @nkatkov https://t.co/W9fLSUbDul

Phase four in September this year, with a threshold of $750bn ($690bn), is expected to apply to a number of hedge funds and pensions.

“Although official global estimates are not available, the CFTC estimates 20 US firms will be in-phase for Phase 4,” added the survey. 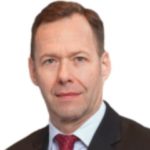 “Phase 5 thus represents a veritable big bang expansion of the initial margin regime, and it will take effect in less than two years from now — in September 2020,” added Katkov.

The consultancy estimated that most of the work needed to implement the regulations will go toward negotiating agreements with counterparties, 40%, and carrying out the necessary calculations, 30%.

Implementing and maintaining systems for initial margin operations has been costly with Celent estimating that a dealer from the first phase may have invested $10m in the initial build and testing stages. Additional costs such as development of backtesting capabilities and annual revalidation of models may represent another $3m in annual spending.

Dealers that participated in the first three phases have made progress in moving from a manual infrastructure to more automation and straight-through processing, and buy-side firms now face with similar challenges.

“The question is whether buy sides, many of which have traditionally been reluctant to invest in collateral management automation, will take advantage of the available technology ecosystem to inject straight-through processing into their IM operations,” added Celent. “Factors that may prod buy-side firms into investing in automation include potentially higher funding costs.”

The report continued that large fund managers are leading the way in adopting vendor-provided solutions and services, and this may encourage smaller firms to follow suit.

“At the current rate of adoption, however, many buy-side firms are likely to greet IM deadlines with a heavy reliance on manual processes,” said Katkov. “This will undoubtedly cause pain in the aftermath of IM adoption and drive such firms to consider vendor options for automating collateral management processes.”

Clarus Financial Technology, the derivatives analytics provider, said in a blog that the first few years of the roll out of uncleared margin requirements has only led to a small shift in outstanding notional of derivatives into central clearing.

Will UMR lead to a further material shift to clearing? https://t.co/HdxJrWVO00 pic.twitter.com/eXRUSOcAme

Skinner highlighted that foreign exchange volatility is much higher than rates volatility.

“Anecdotally, foreign exchange value at risk is approximately 10:1 with interest rate value at risk in a typical cross-currency swap which is a product which comprises both an FX swap and an IR swap,” he added.

His noted that some foreign exchange clearing is available at LCH’s ForexClear and HKEx in Hong Kong but there has been no new incentive to shift. “Perhaps Basel III incentives will reach the senior management pain point in banks ?”, he added.

FX linear non-deliverable swaps are caught by the margin regulation but are not covered by a clearing mandate. NDFs are derivatives that are used to hedge or speculate against currencies where exchange controls make it difficult for overseas investors to make a physical cash settlement, for example, the Chinese renminbi.

“NDFs in non-deliverable currencies have shifted to clearing but are small scale compared with G10 deliverable forwards, cleared notional outstanding is up to $1 trillion with vast majority at LCH ForexClear,” said Skinner.

In the rates market, Skinner said there has been progress with some smaller notional products such as inflation swaps and non-deliverable interest rate swaps moving to clearing.

“I expect there’ll be some shift of the $62 trillion uncleared to clearing as phase 4 and 5 kick in and clearing becomes the cheaper rather than more expensive approach for buy-side firms,” he added.

“This will lead to FX deliverables becoming a greater and more singular blot on the landscape of uncleared counterparty risk,” said Skinner.