ING is using natural language processing developed by Eigen Technologies to speed up its communication with customers and speed up the bank’s transition away from the benchmark Libor interest rate.

Eigen is being used to review documentation for references to dealing with rate benchmarks according to an ING spokesman. The data in documentation is often unstructured but NLP can speed up the process by identifying, for example, which customers can just be informed about the replacement rate and which need new documentation.

After the financial crisis there were a series of scandals regarding banks manipulating their submissions for setting benchmarks across asset classes, which led to a lack of confidence and threatened participation in the related markets. As a result, regulators have increased their supervision of benchmarks and want to move to risk-free reference rates based on transactions, so they are harder to manipulate and more representative of the market. The UK Financial Conduct Authority has said that it will not compel panel banks to submit to Libor beyond 2021.

London-based Eigen said on its website that a legal client also used it’s NLP platform to analyze approximately 150 loan agreements that are each several hundred pages long. Eigen automated the extraction of more than 20 data points and legal associates were able to answer complex questions about the Libor transition in two to four weeks.

Fret not and enjoy a fearless #Halloween! Find how we helped a client through LIBOR’s disappearance: https://t.co/umRGxFt2Vz#fintech #LegalTech pic.twitter.com/O99qSyFdTb

This month the bank announced that it is investing €4.5m ($5m) in Eigen through venture capital arm, ING Ventures.

ING has invested in London-based #fintech @Eigen_Tech, a provider of natural language processing (#NLP) technology. Together they will work on establishing best-in-class NLP models for the #financialindustry. #innovation https://t.co/j0cSrgGudj

Benoît Legrand, ING’s chief innovation officer and chief executive of ING Ventures, said in a statement that Eigen provides a strategic capability in use cases across both retail and wholesale banking.

“This partnership allows both companies to work closer together when implementing use cases through data and process analysis, so as to accelerate Eigen’s advantage in NLP as well as ING’s digital transformation,” Legrand added.

For example, the bank is also using Eigen to make loan operations  more efficient. Eigen receives the outcome of loan negotiations and can then find the data needed in order to complete the contract. NLP can also verify clauses in the contract during negotiations to ensure they meet the bank’s standards.

“The solution runs wholly on-premise in ING, and we have implemented it in such a way that contracts and their data are linked in a consistent, secure and robust way,” added the spokesman.

Hearing from Dr Simone Bohnenberger-Rich from our member @Eigen_Tech about the future of natural-language processing in financial services – amazing insight into what's possible for institutions by digitising contracts using machine learning #Finovate pic.twitter.com/ZpiT7jrz3N

ING is also exploring using Eigen for reviewing other documentation, especially where regulatory requirements change, which will improve data quality and reduce costs. For example, risk-weighted asset relief under Basel 4 in retail mortgages will only be possible if certain clauses around government guarantees have been explicitly agreed with the customer and can be shown to the regulator. 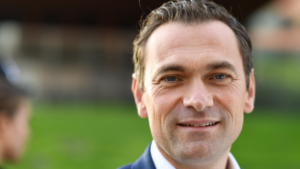 The bank currently has more than 200 active partnerships with fintechs, of which ING Ventures has made around 27 investments.

ING Venture’s investment in Eigen was part of the fintech’s Series B investment round announced in November last year, with other investors including Goldman Sachs, Temasek, Lakestar and Dawn Capital. ING is the second strategic investor that Eigen has brought on board, alongside Goldman Sachs, who co-led the Series A round in 2018.

The latest round raised a total of $42m and brought overall funds raised to more than $60m. The fintech said its NLP technology is already used by over 25% of the global systemically important financial institutions, in addition to large asset managers, hedge funds, law firms and insurers.

We’re thrilled to announce that we’ve closed $37m in Series B funding from Lakestar, @dawncapital , @GoldmanSachs and @Temasek🍾

Looking forward to the next chapter with this amazing team in our corner!https://t.co/0nkpOuURhI pic.twitter.com/elnCDAyDqJ

Eigen Technologies has a team of 100 scientists, engineers, strategists, and creatives based in London and New York. The fintech was founded in 2014 by Dr. Lewis Z. Liu and Jonathan Feuer using insights from Liu’s PhD research in laser physics at the University of Oxford.

Liu, co-founder and chief executive of Eigen, said in a statement: “80-90% of the enterprise data in the world today is unstructured information such as text, meaning that most organizations are unable to it unlock its value. With continuing economic uncertainty and the ongoing disruption by data-native companies such as Google, Tencent, and Amazon the imperative to be able to leverage this data is stronger than ever.”

After closing its Series A round in 2018, Eigen more than doubled its headcount and grew its recurring revenue sixfold according to the firm’s website.

Our CEO @lewiszliu joined yesterday’s panel at @BarclaysUK to talk about #AI explainability.

The discussion focused on concerns about data bias and regulatory requirements, whilst also highlighting the positive outcomes of explainable feature models and algorithms.☝️ pic.twitter.com/c5flAjc50A

In November last year the firm launched Eigen 3.0, the latest version of its NLP platform, which speeded up training by 30% and improved handling of documents. Extraction became between two and five times faster allowing a user, on average, to extract 10 questions from a 500-page document in five to seven minutes.

Dr. Ashley Fidler, chief product officer of Eigen Technologies, said in a statement:  “Our customers asked us for three things in Eigen 3.0: a superuser workflow, improved performance for large teams working simultaneously, and easier document handling. We will be building on this in 2020 and will have further updates to come.”