Independent Research Providers Will Lose Most Under MiFID

Independent research providers are expected to be the biggest losers from the unbundling of research in Europe under MiFID II according to a new survey. MiFID II went live in the European Union in 2018 and mandated the separation of research payments and trading commissions, which had traditionally been bundled together.

The majority of respondents, including the independent research providers themselves, predicted that they will be the biggest eventual losers from MiFID II in a survey at London’s Unbundling Uncovered conference in November last year 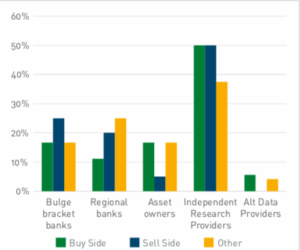 Singletrack, which provides relationship and research management technology, carried out a survey among the participants at the conference organised by Substantive Research.

“The cut in buy-side research budgets, the cost of managing all the reporting requirements associated with MiFID II, the difficulty of standing out in a crowded marketplace and the low volumes of trials of new research providers all make it harder for this group to thrive,” said the survey.

The buy side and sell side said asset owners will be the ultimate winners of MiFID II, and that high value interactions matter, but there was no consensus on any other issues.

“We are living through market formation, where the nature of research, its value, measurement and payment mechanisms are being reinvented in real time,” added the survey. “It would seem that more direct dialogue is needed and a more consensual understanding of what constitutes value.”

The survey found that between 25% and 40% of sales calls are charged for and there is a wide divergence of opinion between the sell side and buy side.

“70% of sell side stated sales calls should be paid for and nearly 80% of buy side saying they should not,”added the report. “A move to an industry standard approach seems distant.”

Stuart Berwick, chief executive of Singletrack told Markets Media: “There is an opportunity to better connect the sellside and buyside with research that generates alpha. We have seen an increase in interest in portals which provide direct access in the last few years.”

Berwick, previously chief technology officer at JP Morgan, founded Singletrack in 2009 with Paul Dyson, who had launched an online systems consultancy. He told Markets Media that ten years ago they felt it was inevitable that financial services would move to the cloud due to the economics and flexibility. 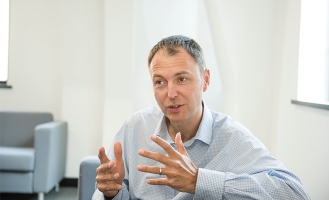 “We had a vision to make capital markets more data-driven,” added Berwick. “There had been little use of management information to optimise client relationships.”

He described Singletrack as a hub between buyside and sellside for both external and internal data which provides a record of all client interactions. For example, Singletrack Interaction Hub allows the buy side to collect accurate and relevant MiFID II data from the sell side.

Berwick sees a huge opportunity on the buy side.

“Many buy-side firms did the minimum to comply with MiFID II which may have involved spreadsheets and manual processes, he added. “They are now looking to industrialise and automate those processes.”

He continued that artificial intelligence and machine learning have huge applications in the analysis of data.

“For example, to automatically identify actionable opportunities from transcriptions of phone calls or Bloomberg chats,” he added.

Another example is that data can be analysed to identify the best investors to invite to a new issue roadshow.

“There has been a huge effort to increase the efficiency of trade execution and we want to transform the softer side of capital markets,” said Berwick. “There is an opportunity to generate value as execution has become commoditised.”