Traders want the best price — but they also want their trades to execute.

The necessity of each came into focus in 2020, with credit markets episodically turbulent and traders working from home amid COVID-19. Given the extraordinary uncertainty and volatility, the need to trade larger and more specific risk profiles has gone up, particularly for clients who are benchmarked and face significantly higher risk of tracking error. In this environment, corporate bond traders who need to add or reduce risk are more inclined to concede a basis point or two off a trade, if it increases their certainty that either the risk can be transferred, or a more precise risk profile can be moved.

Enter portfolio trading, which enables an institutional firm to buy or sell up to hundreds of individual bonds in one shot, using the latest electronic trading tools, including a common interface and AI pricing capabilities. Barely a couple years old, electronic portfolio trading has rapidly gained traction to the point that some buy-side firms project that one-quarter of their corporate bond volume will be transacting this way by year-end. 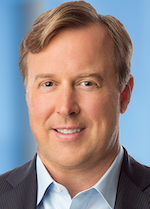 Chris Bruner, Head of U.S. Credit Product at Tradeweb, noted that as market volatility spiked late in the first quarter, so did the prioritization of execution certainty. Markets have since settled, but certainty of execution remains front-center, if in a less acute way.

“In March it was just, ‘Can I trade this or not?’ Our customers were purely focused on certainty of execution,” Bruner told Markets Media. “Now, this has expanded to include certainty as well as customization of risk. Certainty of execution is still paramount and we see clients achieving a very high hit rate, but it’s also about, ‘Can I choose any custom risk profile, and can it execute within an hour?’ It’s an expanded mandate, but it’s no less important.  We have clients telling us they’d like to do at least 25% of their overall execution via portfolio trades.”

Tradeweb launched portfolio trading for corporate bonds in early 2019, one of a series of credit-market innovations that also include auto-execution, net spotting, and streaming liquidity. The platform operator facilitated $43 billion of portfolio trades last year, with single in comp trades as large as $1 billion, non-comp trades up to $2.3 billion in notional value, and has so far traded more than $60bn in the first six months of 2020.

That type of volume wouldn’t happen if pricing wasn’t competitive compared to trades executed via the incumbent Request for Quote (RFQ) protocol. “We typically see very strong pricing” with portfolio trading, Bruner said. “Clients expect good prices. Once you have it, then it becomes a big benefit to increase certainty of execution, and increase the ability to customize your risk profile.”

Portfolio trading was borne out of buy-side demand to trade risk faster, more efficiently with less market ‘footprint’, and at a lower cost. That’s according to Robert Simnick, Credit Portfolio Specialist at Invesco. 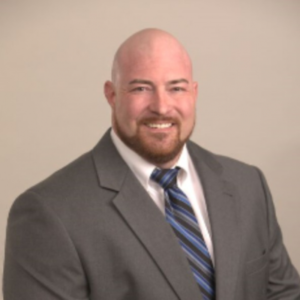 “In investment grade, high yield and emerging markets, we can trade hundreds of CUSIPs in an hour, as opposed to sometimes panning it out over months and only being able to find 50% of it,” Simnick said at the Fixed Income Leaders’ Summit in late June. “The key is being able to analyze the pricing that you’re getting and understanding where the bid-asks should be.”

Simnick said deciding whether to engage in portfolio trading entails using data to assess the probability and cost of getting a desired risk transfer done via piecemeal trades, and comparing that with the specs for a portfolio trade.

The latter protocol has a speed advantage, which means less market impact. “If you’re trading 100 bonds, you’re not front-running yourself on the 99th and 100th bonds,” Simnick said. “You’re in and out as fast as possible.”

As far as certainty of execution, Simnick said of about 130 portfolio trades he has worked on, his firm walked away from only two, one of which happened in March, when some dealers pulled back from pricing risk during the height of the market volatility.

Simnick said the protocol has an expansive future, especially as institutions and trading platforms build and upgrade supporting infrastructure.

“From an execution standpoint — time, profile, pricing —  it has a lot of superiority to doing things the old-fashioned way,” he said.