Imandra, the artificial intelligence startup that has developed an automated reasoning engine, is working with large financial institutions so they can explain ‘black-box’ financial algos to their clients in order to improve their trading results. 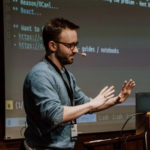 The firm was co-founded by Denis Ignatovich, previously head of the central risk trading at Deutsche Bank in London, and Grant Passmore, a mathematician specialising in formal verification.

The startup won the UBS Future of Finance challenge in 2015 to use formal verification on financial systems, a technique used to develop software in safety critical industries such as air traffic control systems. Formal verification employs automated mathematical techniques to ensure system specifications are consistent and designed correctly, and can then be applied to test whether a live system is behaving in accordance with its specification.

Aitken continued that the platform combines its in-depth understanding of all the decisions that a venue makes together with trading data to create actionable client intelligence showing venue’s clients how the venue treats their orders. “Furthermore, Imandra will make recommendations to clients on how to improve their interaction with the platform,” added Aitken. 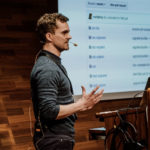 Matt Bray, European team lead at Imandra, told Markets Media that the platform takes governance to a fundamentally new level. He explained that when performing an ongoing audit of a venue, Imandra reconciles every single decision a production system makes with the design. When there is a discrepancy, Imandra quickly identifies the deviation and makes it easy for operators to understand and fix it.

“For example, using Imandra a bank can explain to its clients what factors contributed to their rank in the order book and recommend specific changes to their interaction with the venue to improve their access to liquidity,” added Bray.

We're honored and excited to announce our $5M funding round led by @AlbionVC @IQ_Capital_Fund @liveoakvp. We couldn't be prouder of our team (the AI Dream Team!) as we scale Imandra to help make algorithms #safeandfair! https://t.co/CMQPjo23ye 🙌🎆🎊 pic.twitter.com/VXbYEY3rVy

This month Imandra announced the the public release of its region decomposition functionality, a new feature in its reasoning as a service cloud platform for the automated analysis of safety-critical systems and algorithms to allow early identification of problematic scenarios.

Denis Ignatovich, co-founder and co-chief executive of Imandra, said in a statement: “When you’re playing chess, you try to think N-steps ahead – what your opponent might do and how the game may evolve. All of the possible configurations of the chess board comprise its so-called ‘state-space’. Complex systems like autonomous vehicles work similarly, except the set of possible states is virtually infinite. Region Decomposition allows you to explore, analyse, visualize and understand it.”

OPINION: AI Ethics Are Not Optional

Northern Trust To Expand Use Of Machine Learning

Data Is Changing The Buy-Side Landscape