Flexibility is Key at VoxSmart

Fintech may seem like a new word but Adrienne Muir, chief operating officer at VoxSmart, the UK fintech for surveillance of capital markets communications, explains that she has been in the sector for more than two decades.

In 1998 Muir moved from New Zealand to London and began working at the London International Financial Futures and Options Exchange on a project to transition LIFFE from open outcry to electronic trading. 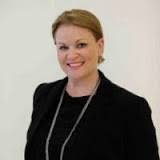 She told Markets Media: “I have been in fintech since I was 23. Experience of project management, operations and testing of market infrastructure is a great place to start, even today.”

Muir joined VoxSmart as chief operating officer in 2017, when the firm only had 10 people.

“I have been able to create a strong culture with support from Oliver Blower, group chief executive,” she added. “At VoxSmart we have female developers and I am in the privileged position where I can push for diversity, which is one of the firm’s strengths.”

Muir continued that another of the firm’s strengths is it’s technology, as VoxSmart aims to be the single source that allows financial institutions to capture all types of communication for surveillance purposes – including on mobile phones, via chat, email, Bloomberg or apps such as WhatsApp and WeChat.

Last month Natwest Markets, the UK bank, invested £5.5m ($6.8m) in VoxSmart and demand has increased as the Covid-19 pandemic has led to financial institutions needing to monitor staff working from home for regulatory purposes.

Delighted with new investment from @Natwest . During uncertain times for the market as a whole, it's it fantastic to see firms actively champion high growth #FinTech like #VoxSmart and we are delighted to have their support. Read more 👇https://t.co/bktICIAiLp#Compliance

“In the current environment firms are reassessing if they need big offices and working from home is becoming more acceptable,” said Muir.

She continued that flexibility of working was one of the attractions of joining VoxSmart, and is important in recruiting staff. In a recent blog Muir said the firm has, for example, people working 7-3 or 10-6 to accommodate needs including travel times, sport commitments, and childcare.

“Flexibility is important but you should also not forget boundaries,” added Muir. “The family unit is critical and it is really important for me to pick my son up from school and he is really pleased to see his mum.”

For example, in the evening Muir will focus on the family for a certain time before going back to checking emails.

“There will be testing times negotiating pregnancy, maternity leave, miscarriage or the death of a child,” she added. “We can look to policy but it is important for the firm to do the right thing for people we care about.”

Five years after arriving in London, Muir returned to her roots and had senior roles within  the IT and strategy department at New Zealand Exchange as the firm demutualised and listed.

“I was part of a new team at NZX with a new strategy,” she added. “It was an exciting time as we enabled electronic trading and built markets out.”

New Zealand women were among the first in the world to get the right to vote in 1893 and Muir said the team at NXZ was more diverse than those in London at the time.

“I called a woman at the Australian exchange who was doing a similar job and we built a bridge,” she said.

Muir credits her ‘operational’ family background with her ability to think laterally and get things done as her father was a senior police officer and her mother was a nurse. “You also need emotional intelligence, common sense and passion,” Muir added.

In 2008 Muir returned to London to join Trayport, a commodities trading technology firm, as head of the exchange business unit within the executive management team, and went on to become chief of staff.

“I knew that I needed experience outside exchanges in order to be become a chief operating officer,” Muir added. “I was there for seven years during which the firm grew from 61 to more than 200 staff.”

Muir has been chair of the board of directors for Women in Listed Derivatives (WILD) for more than nine years.

Please join us on February 4th in Chicago for our 10 Year Anniversary and 2020 Kick Off Celebration event. Special guest speaker @Terrytalksmoney
Guarantee your spot by registering today!https://t.co/HCOCNqDE8F

“When I was at Trayport I realised I needed a network,” she added. “WILD offers a lifeline to women who want leadership roles and to increase their visibility.”

The organisation has a network of young women – WILDlings – and offers advice in areas such as how to ask for a pay rise and mental health.

“It is critical that we work with organisations such as Innovate Finance who are more women to get into STEM (science, technology, engineering and mathematics),” Muir added.

Exactly two weeks ago we released our #WIFPowerlist2019, which shone a light on the amazing work of so many wonderful women within the industry.

Here are just a few of the amazing statistics from this year's #Powerlist! #IWD2020

She is optimistic about the number of women joining fintechs, especially start-ups that are more flexible.

“The situation is much better than 25 years ago,” Muir added. “More firms are realising that staff do not have to work nine to five , for five days a week.”

Muir’s advice to women who want a career in fintech is to not be too blinkered about their roles.

“I have had so many different roles but have always wanted to learn more,” she added. “You need to ask lots of questions.”

She explained that the best project managers are not formally trained but need to be across all the necessary detail, have a strong communication style and drive change.

“I love innovation,” said Muir. “I get a ridiculous buzz when a product goes to market or a bug gets fixed.”