Peter Randall, president of SETL, said in an email that the delivery of the complete package was an impressive achievement.

Randall added: “This is a big milestone for SETL, building a CSD from scratch, getting it specified, regulated, connected to T2S the European Central Bank’s real-time gross settlement system, and able to issue ISIN’s, update account balances and undertake non-revocable delivery versus payment all within 18 months is a tremendous achievement.  The challenge will be for the commercial paper industry to now add the liquidity and flow which are the bedrock of all functioning market infrastructures.”

The ECB launched T2S, TARGET2-Securities, to end fragmentation and lower the cost of cross-border settlements  in the European Union. By connecting the SETL blockchain to a central bank, ID2S has settlement finality.

Anthony Culligan, chief engineer at SETL, said in a blog that ID2S was built entirely by the SETL team from their global engineering centre in the UK using the financial grade SETL blockchain.  He continued that the use of SETL’s core blockchain as the ledger at the heart of the system means that a standardised approach is taken to the immutable ownership record.

“The fact is that none of the public blockchains have, therefore, been through the regulatory process which is required to meet the standard of operating market infrastructure,” Culligan added. “SETL is unique in having done that.”

Culligan continued that a significant part of the SETL build was around authentication and identity and that SETL’s software code undergoes independent review to ensure it does not damage the capital markets ecosystem.  In addition, SETL had to meet the security requirements of the Banque De France and the ECB to connect to T2S.

“The ID2S project sets a new benchmark in the cost and speed of development,” added Culligan. “SETL’s team put in place a piece of national financial infrastructure in a fraction of the time and at a fraction of the cost which could have been achieved either by the incumbents or by the use of more traditional methods.”

Randall continued that competition from ID2S has lowered prices very significantly for users in two ways. First, because settlement is same day there is no longer the risk exposure and hence capital cost, and second, because fees are much lower than those charged by the current incumbents. 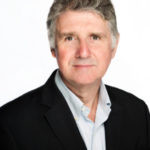 “The second benefit is that it allows issuers of commercial paper to have a much more direct connection with the owners of that paper which results in tighter spreads and lower overall costs,” Randall said. “The third benefit is that for the first time the issuers, owners, compliance professionals, accounting systems and risk systems all have an absolutely identical record of the transaction which leads to much lower claims and disputes.”

Game of Spreads: How to Build Better Trading Algos With Game Theory