Columbro told Markets Media: “There has been a pick up in contributions from banks this year. They have realised that there is no need to reinvent wheel every time for technology which is not a differentiator.”

Last month FINOS announced that Goldman Sachs had launched Legend, the bank’s flagship data management and data governance platform, as open source. The platform was developed within the bank but the source code for five modules are available as open source within FINOS.

Atte Lahtiranta, chief technology officer at Goldman Sachs, said in a statement: “We anticipate that the broad adoption of Legend will bring real, tangible value for our clients as well as greater standardization and efficiency across the entire financial services ecosystem.”

The launch followed the completion of a six-month pilot to use Legend to build extensions to the International Swaps and Derivatives Association’s Common Domain Model. The ISDA CDM standardizes events in the trade lifecycle of a derivative so firms can automate processes across the market. The pilot included other banks, Digital Asset, ISDA and REGnosys.

Rob Underwood, chief development officer at FINOS told Markets Media that the pilot with a group of bank was an innovation but the firm expects to run more in the future.

“Other members want feedback on whether or not to open source,” added Underwood. “The pilot was significant as it provided a proof of concept for the ISDA CDM.”

The pilot group used Legend for modeling foreign exchange option extensions to the CDM, as well as nascent work on commodities reference data. The data for a derivative may not be the same across all the separate silos within a bank, and can also differ between firms, and Legend allows standardization. The FX option extensions were proposed into the CDM and have since been accepted, released and integrated into a recent release to the public.

Underwood said: “Fierce market competitors, such as those that participated in pilot, do tremendous amounts of trading business with each other daily. The power of Legend to help drive data consistency and improve interoperability will compound as it is adopted by more institutions, both sell side and buy side.” 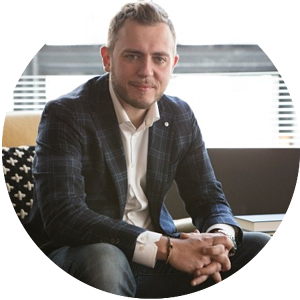 “Regulators could produce rules that are machine readable and open sourced so that implementation is standardized,” added Columbro.

Since being launched in 2018 FINOS has grown to 33 members who include major financial institutions, fintechs and technology consultancies. FINOS was acquired by the Linux Foundation, the largest shared technology organization in the world the year.

Adena Friedman, president and chief officer of Nasdaq, said in a blog last month that the Covid-19 pandemic has accelerated adoption of software as a service solutions and advanced data management capabilities while the cloud revolution is just beginning.

She said: “While the early applications of cloud-driven machine intelligence and robotic-processing applications are focused on creating efficiencies in repetitive middle- and back-office functions, we are seeing advanced algorithms and early machine-intelligence capabilities moving to the front office to enhance revenue generation and to prevent losses from fraud and market manipulation. Imagine how quantum computing could, one day, super-charge these capabilities to create ever-more-efficient and yet also more complex markets.”

Data as a Service is Not Just a Paradigm Shift; It is a Mindset Shift

Catching Up With a Buy-Side Trading Head