The FICC Markets Standards Board is continuing to review structural and conduct risks in electronic trading, government bond auctions, the sharing of allocation information in primary bond markets and the management of large trades as it has taken action on more than half the issues identified in the initial strategy.

The FMSB was set up in 2015 after the UK authorities’ Fair and Effective Markets Review of poor market practice in many fixed income, currency and commodities markets following scandals in foreign exchange and the setting of Libor interest rates. The market-wide body was formed under the sponsorship of the UK Treasury, the Bank of England and the Financial Conduct Authority and includes corporate issuers, asset managers, exchanges and investment banks.

Mark Carney, governor of the Bank of England, said in a statement: “UK authorities have used their convening powers to encourage market participants to establish standards of market practice that are well understood, widely followed and, crucially, that keep pace with market developments… But the authorities cannot future-proof alone. In particular, the FMSB is undertaking horizon scanning for future misconduct risks through its innovative Behaviour Cluster Analysis.”

This week the FMSB issued its latest annual report covering the period from August 2017 to December last year.

“One of its key conclusions was that there was insufficient, practical and clear guidance available to market practitioners as to how they should operate in the best interests of their clients,” said the report. “Some critics at the time even talked about a crisis of confidence amid concerns that bad behaviour was more widespread than had been generally appreciated.”

Initially the FMSB identified 72 potential topics and issues to examine in wholesale FICC markets and has taken action on 53%, or 38. The body has also published 13 standards and statements of good practice. 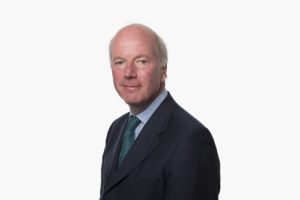 Mark Yallop, chair of FMSB, said in the report: “FMSB has made significant progress during this period due in large part to the commitment of the board and FMSB members.”

Yallop is an external member of the Prudential Regulation Committee and the Financial Market Infrastructure Board at the Bank of England. He was UK group CEO for UBS from 2013 to 14; group COO for ICAP from 2005-11 and previously spent 20 years at Deutsche Bank.

The report continued that in the next three years FMSB will move beyond the pure market conduct agenda to address broader market structure questions; develop metrics to demonstrate the effectiveness of its standards in supporting fair and effective markets; and review its international engagement.

FMSB Annual Report 2018 has been published today and sets out progress made to enhance standards of behaviour in the wholesale Fixed Income, Currencies and Commodities (FICC) markets. Follow the link: https://t.co/Ikcrx9TxWy

For example the electronic trading and technology committee is considering 12 topics including change management and control, integration with risk data infrastructure, conduct issues in algorithmic trading, systemic risks to market liquidity and the design of market mechanisms.

A working group is considering the the management of large trades including pre-hedging, disclosure and relevant procedures and market making obligations.

“Alongside the published materials, FMSB has a significant amount of work in progress, such as reviews of structural and conduct risks in electronic trading, government bond auctions, the sharing of allocation information in primary bond markets, the management of large trades and the conduct of precious metals fixes,” added the report.