FastMatch, Euronext’s platform for spot foreign exchange trading, hopes to take advantage of being the first electronic communication network to launch in Singapore in the third quarter of this year.

🌏 Exciting news: Euronext's #FastMatch expands in Asia with the establishment of a matching engine and new office in #Singapore, the third largest #FX centre in the world ➡️ https://t.co/uUitdReFKn pic.twitter.com/cQXrOzhMGe

Chris Topple, chief executive of Euronext London, told Markets Media: “We will be the first ECN to launch in Singapore so this should give us a little bit of a first mover advantage.”

Euronext announced the appointment of Topple as chief executive of Euronext London, head of global sales across asset classes and a member of the managing board in July last year. 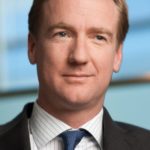 “Local banks in Asia already use Euronext technology to route orders so we will partner with them for the launch this year to build a local ecosystem,” added Topple. “We hope to launch in the third quarter.”

The pan-European exchange completed its acquisition of FastMatch in 2017. FastMatch previously had three matching engines in London, New York and Tokyo.

Topple said: “Singapore is emerging as the natural hub for trading foreign exchange in Asia. The Monetary Authority of Singapore has some strong initiatives to promote the region so it is the natural place to extend our geographical coverage.”

For example, MAS and the US Commodity Futures Trading Commission have agreed mutual recognition for some derivatives trading venues.

FastMatch will initially launch spot FX trading. However Euronext intends to expand its FX product range and has a project to launch non-deliverable forwards. NDFs are derivatives that are used to hedge or speculate against currencies where exchange controls make it difficult for overseas investors to make a physical cash settlement, for example, the Chinese renminbi.

“MAS and the US have agreed mutual recognition which is very positive for NDFs,” added Topple. “We also run regulated markets in the UK and the US so we potentially have the choice of three locations to launch NDFs.”

When the acquisition was announced, FastMatch had an ADV of $17.7bn and revenue of $5.8bn in the first quarter of 2017. Last year Euronext Group had total revenue of €615m with a contribution of €21.7m from FastMatch. 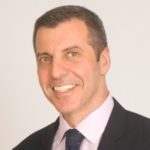 Kevin Wolf, chief executive of FastMatch, said in a statement: “Euronext FastMatch’s expansion in Singapore, which is currently the largest FX centre in Asia and the third largest globally, reflects its ambition to create a strong development base in Asia.”

MAS said in its Financial Services Industry Transformation Map that the central bank aims to develop Singapore as the global FX price discovery and liquidity centre in the region through encouraging market participants to set up their matching and pricing engines in Singapore.

Alan Yeo, executive director of MAS, said in a statement: “Having more players like Euronext’s FastMatch setting up in Singapore will support the formation of a regional e-trading ecosystem that will offer better connectivity and more effective execution of trades. This will enable our FX market to better serve Asia’s growing FX needs.”

Last month Singapore Exchange announced it had paid $25m for a 20% stake in BidFX, a cloud-based liquidity aggregation platform which supports FX spot, swaps and forwards for G10 and Asian currencies. BidFX was spun off as a division of TradingScreen, a provider of a multi-asset execution and order management system, in January 2017. 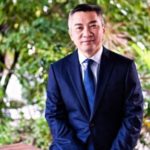 Loh Boon Chye, chief executive of SGX, said in a statement: “With this investment, we have an opportunity to offer our suite of Asian FX futures alongside the over-the-counter products offered on the BidFX platform, bringing together both pools of liquidity.”

SGX said that since it introduced FX futures in November 2013, more than $2 trillion in aggregate notional has been traded across its entire FX franchise.

FastMatch launched FX Tape in September 2017 to  provide centralised and global post-trade data to all market participants. The tape was intended to provide a central reference point for prices of spot FX transactions to help market participants achieve best execution.

“The tape publishes between $100bn and $120bn so is in it’s infancy,” Topple added. “There is a lot of discussion in the market about its validity.”

FastMatch also publishes data on trades executed on the ECN both historically and in real-time which he said is more valuable for trading indications.