With a little more than a month since the US Securities and Exchange Commission adopted its ETF Rule, the new rule has helped streamline exchange-traded fund issuance and likely will spur further growth of the fixed-income ETF market.

The 269-page rule eliminated the exemption process for the Investment Company Act of 1940, which had been capital- and time-intensive, noted Eric Pollackov, global head of ETF capital markets at Invesco, during a recent open call hosted by the Security Traders Association. 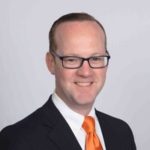 “The costs were in the hundreds of thousands of dollars, and the time it took to gain your exemptive relief could have taken more than a year,” he said.

The Rule’s new process can be seen as a win-win for the issuer community as well as for the SEC as well.

“Whether it is the Division of Trading and Markets or the Division of Investment Management, the rule has just made their time much more valuable since they will not be pouting through exemptive relief applications and processing them,” said Pollackov.

However, one of the most significant benefits of the new rule is the return of custom baskets to ETFs, which the SEC typically granted in its exemptive relief before the 2008 financial crisis but has omitted until it adopted the ETF Rule.

During the interim, for issuers to accept creation orders, they had to have a whole pro rata slice of the fund or a full cash equivalent, which hampered issuers.

“If you don’t have the relief to accept custom baskets, you are asking the creators of your products to deliver a pro-rata slice of a municipal bond index or an aggregate bond index, or something else, which can become quite costly and difficult to obtain,” he said.

Now that issuers are permitted to use custom baskets, they can accept only a portion of a bond index or a few bonds, which they could negotiate with an authorized participant.

“A portfolio manager who did not have the relief prior to this rule could not really negotiate which bonds would be delivered,” said Pollackov.

The new dialogue regarding what the portfolio manager will accept for a creation order is only going to help the fixed-income ETF space grow faster, he added.

Pollackov was careful to stress that the Rule’s relief covers securities that fall under the 1940 Investment Company Act and not exchange-traded notes or securities registered under the Securities Act of 1933, which typically are commodities-based futures products.

An Industry at an Inflection Point

Raising the Bar on Retail Best Execution in Europe