The European Securities and Markets Authority (ESMA) has revised the scope of its share trading obligation so that all UK shares can be traded in London, but there are still concerns about fragmentation as dual listed shares will have to be traded in the European Union.

In March Esma had announced that after the UK leaves the European Union, EU firms will have to trade certain shares and derivatives on EU or equivalent venues, even if most liquidity is currently in London.

Nausicaa Delfas, executive director of international at the UK Financial Conduct Authority, warned at the time that this would conflict with the UK’s own share trading obligation.

She said: “This has the potential to cause disruption to market participants and issuers of shares based in both the UK and the EU, in terms of access to liquidity and could result in detriment for client best execution. We have therefore urged further dialogue on this issue in order to minimise risks of disruption in the interests of orderly markets.”

As a result Esma said in a statement today the share trading obligation would not be applied to 14 UK shares included in its previous guidance.

The regulator said the EU share trading obligation will cover all EU 27 shares, i.e. those that have an identification code, ISIN, starting with a country code corresponding to a member state remaining in the EU after Brexit as well as Iceland, Liechtenstein and Norway.

“Esma is doing the maximum possible to minimise disruption and to avoid overlaps, bearing in mind the legal requirements of Article 23 MiFIR,” added the statement. “It would provide a balanced, objective and easily identifiable dividing line between European Economic Area and UK shares.”

The European body said it has held regular discussions with the UK Financial Conduct Authority to try to identify a way forward to avoid conflicting requirements, but at this stage it is unclear what would be the scope of the UK share trading obligation.

The UK Financial Conduct Authority responded in a statement that it was encouraged that Esma has taken steps to reduce the disruption that would be caused by the previously announced scope of the European Union share trading obligation.

“However, applying the EU STO to all shares issued by firms incorporated in the EU (EU ISINs) would still cause disruption to investors, some issuers and other market participants, leading to fragmentation of markets and liquidity in both the EU and UK,” added the UK regulator.

The FCA continued that a number of shares with EU-27 ISINs have both a listing, as well as their main or only significant centre of market liquidity, on UK markets and the change from Esma does not decrease the risk of disruption.

“Absent a determination of equivalence, the FCA will engage with market participants and trading venues about the steps that may be needed to protect the integrity of markets in the UK and to ensure that participants in the UK can continue to achieve high standards of execution for their clients, including when trading EU-27 shares, and that the MiFID II calibrations, which were designed for a pan European market of 28 countries, remain appropriate in a fragmented market,” added the statement.

Christian Voigt, market structure/regulation expert at IONMarkets, said in a blog that while Esma’s new guidance is a step in the right direction, the FCA highlights that even the new approach will cause some disruption.

“Whether Esma will change their guidance again remains to be seen, but today’s decision has alleviated some of the fall-out if there is to be a no deal Brexit,” added Voigt. “It would be great if the EU could also take a look at the equivalence decision for trading venues, where a similar problem persists. And once that’s done, we just need to figure out what kind of Brexit we’re going to have.”

Chris Hollands, head of European and North American sales at TradingScreen, said in an email to Markets Media that one of the key drivers for MiFID II was to try to increase transparency across European markets.

“As share trading fragments, one could argue that this defeats ESMA’s policy aim? The only thing market participants can do at this stage is prepare for all possible eventualities,”added Hollands. “Of paramount importance will be ensuring that market practitioners will still be able to execute their orders quickly and securely and to remove any possible trading impediments or inefficiencies in the event of a hard Brexit.” 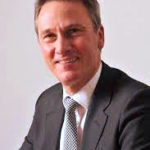 Simon Lewis, chief executive of the Association for Financial Markets in Europe, said in a statement that the trade body welcomed the statements issued today.

“However, we remain concerned that, in the absence of reciprocal equivalence, EU investors may still not be able to access the major pools of liquidity of a substantial number of EU27 shares and therefore may not be able to execute trades at the best available prices,” added Lewis. “AFME therefore urges EU27 and UK authorities to continue to work together to address this important issue.”

Saving 20bps And A Lot Of Time
combining_historical November 11, 2013

Saving 20bps And A Lot Of Time