Increased equity volatility in the final quarter of last year led to the highest global trading costs in the previous three years according to research from broker ITG.

Trading in all regions became more expensive, with the exceptions of emerging Europe and Middle East & Africa. ITG said in a report that commissions per share decreased slightly in the US and remained flat for the global traded universe over the same time period.

Andre Nogueira, director, trading analytics at ITG, told Markets Media: “Market conditions from a trading perspective became more difficult in 2018 as compared to 2017, especially towards the end of the year which is exhibited in the increased global transaction costs for the fourth quarter. Additional transaction cost can reduce fund performance so more and more fund managers are investing time in optimising their trading strategies to preserve alpha.”

In the UK, which experienced volatility and uncertainty due to the country’s departure from the European Union, trading costs rose 36% in the fourth quarter, with large caps rising 47%.

Nogueira added: “The demand for data on trading costs is unprecedented. MiFID II and PRIIPs require asset managers to include transaction costs in key information documents for their funds.”

MiFID II regulations and the Packaged Retail and Insurance-based Investment Products (PRIIPs) regulations both went live in the European Union at the start of 2018.

While trading costs have been rising, ITG found that aggregate global commissions remained flat in the fourth quarter of last year at 4.4 basis points. In contrast commissions fell 13%over 2017 and 7% for full year 2018.

Last month Greenwich Associates said in a report that execution rates on global equity trades declined significantly in 2018 as markets began to feel the impact of MiFID II.

The consultancy added that MiFID II unbundling  of execution commissions and research payments has brought new scrutiny on trade costs, and many asset managers have responded by both negotiating lower commission rates with brokers and increasing their activity in lower-cost electronic trading. 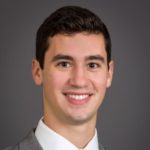 Will Llamas, director and institutional relationship manager at Greenwich Associates, said in a statement: “The decrease in rates, coupled with a global shift from high-touch to electronic trading, lowered weighted all-in blended rates across markets.”

The consultancy concluded that investment managers are actively analyzing their global commission rate structure to identify markets where their cost-per-trade is higher than their peers and this has created a pressing need for reliable data on rates.