Dan Charney, co-president of Cowen and Company, said the US diversified financial services firm has aggressive ambitions to grow in Europe as it launched a suite of liquidity seeking and execution algorithms in the region. 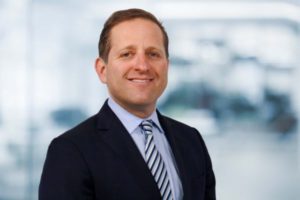 Charney told Markets Media: “Our aspirations in the US are to be in the top 10 for high- and low-touch trading and to be the premier bank outside the bulge bracket. We have every expectation that we will reach the same relevance in Europe over time.”

He continued that the firm celebrated its 100th anniversary in 2018 and so takes a long-term view. “We realise it is a marathon, not a sprint.”

Cowen made seven senior hires, led by Matt Cyzer, in October last year to expand its international sales and trading team. Cyzer and his colleagues joined from Deutsche Bank after the German firm closed its equites business. At Deutsche Cyzer was head of EMEA execution services. Previously he had been president, head of Europe at BTIG where he led the equities sales and trading group and ran the overall expansion of the European business between 2012 and 2018.

Cyzer, chief executive of UK-headquartered Cowen Execution Services Limited, told Markets Media: “Before joining I was aware of how successful Cowen was in the US, especially over the last couple of years, and of the firm’s credibility with clients. We knew that if the US platform could be replicated in Europe it would be a home run.”

Jason Oien, head of electronic trading services at Cowen, said part of the reason for firm’s US success was due to a lack of conflicts and being agnostic on execution venues.

“We do not make markets and when we acquired Convergex in 2017 we closed its dark pool to ensure we did not have conflicts of interest,” Oien added. “We only care about executing in the right place for the right reason, which is finding the highest quality liquidity.” 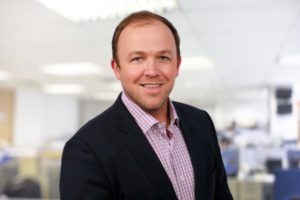 In Europe Cowen does not operate a mutilateral trading facility and it is not a systematic internaliser. MiFID II, the European Union regulations which came into force in 2018, banned broker crossing networks and required broker-dealers to set up systematic internalisers in order to provide principal liquidity to clients.

Oein continued that the firm had been in conversations over the last weeks and months with a range of asset management clients regarding expanding in Europe.

“Clients are more than happy for us to replicate our US model,” he added. “We aim to make the trading experience as globally consistent as possible.”

This week Cowen said it has launched its full suite of liquidity seeking and execution algorithms that are specifically tailored for the European market.

Cyzer said: “This is an exciting moment  and rounds out our European offering. We are building for what the market will look like in five years time, rather than just responding to MiFID II.”

Tom Campbell, head of electronic trading in Europe, told Markets Media that the algo suite reflected the innovations in European market structure since MiFID II, such as the growth in periodic and continuous auctions, and the advent of SIs.

“The algos are underpinned by our US excellence but are nimble and adjust to different liquidity in Europe,” Campbell said. “We use machine learning so the algos rebalance intraday as liquidity changes.” 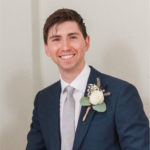 Cowen has also introduced its “heatmap” technology in Europe, a routing logic which maximises the efficiency of dark pool liquidity sourcing.

“We have a dark heat map for individual stocks which is unique,” added Campbell.

The firm said stock-specific routing and intraday machine learning technology means clients can trade faster and with less market impact as a result of the heat map.

Charney said “Today, with over 180 professionals in nine European cities, including 63 professionals here in London, we have built a full service, cross-border, capital markets, investment banking and research solution for our clients.  Additionally, through the successful integration of several acquisitions, we have ensured that our markets business is at scale and able to excel under MiFID II.”

He continued that Cowen has aggressive ambitions to grow outside the US in areas including prime brokerage, securities financing, outsourced trading and derivatives.

“Cowen is the fastest growing electronic trading firm in the US and we see the same enthusiasm in Europe,” Carney added.