The share of trading in auctions in the European Union has risen from 20% four years ago to 29% last month, driven by the growth of closing auctions.

Four years ago trading in auctions had a market share of under 20%. By the fourth quarter of last year it had increased to 27%, and 29% in December, according to the big xyt EU Equities Market Microstructure Survey for 2020. big xyt is an independent provider of market data analytics and smart data solutions.

The report said: “It is the inexorable growth of closing auctions in particular, and not alternative trading mechanisms such as periodic or ‘continuous batch’ auctions that are taking market share.”

It's fair to say 2020 was a tumultuous year. And as we couldn’t go out on New Year’s Eve to watch the fireworks, we stayed in and prepared our 2020 survey of European equity market volumes and other statistics. https://t.co/LMx6YQ6H6N

The survey continued that the increase is due to the rise of passive investment, where funds execute their trades in the last part of the day.

“As the close exerts a stronger gravitational pull on liquidity, intraday traders must delay their execution until later in the day or rely on market makers and dark venues,” added big xyt.

The firm said in will monitor the growth of alternative trading mechanisms, such as those launched by Aquis, Turquoise and Cboe last year, which aim to introduce greater competition in the ever expanding closing auctions. Cboe is also seeking regulatory approval of periodic auctions in the US to attract more block trading on exchanges. 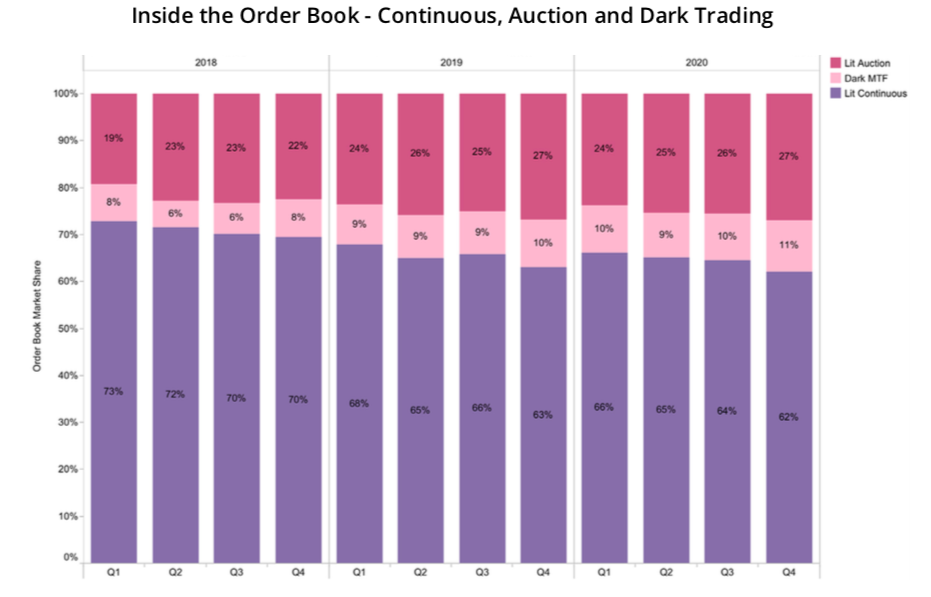 Last year there was also a 43% increase in periodic auction value traded versus 2019, a 42% increase in opening auctions and a 33% increase in auctions caused by volatility halts. “But these were all from low values that do not reflect a significant shift in liquidity,” added big xyt.

Overall, there was a 10% increase in 2020 trading volumes over 2019 in European equities markets according to the survey.

The pandemic caused an increase in volumes that big xyt said they would expect to see no more than once every decade and perhaps even longer, and contained seven days with volumes that are expected only once every three years. 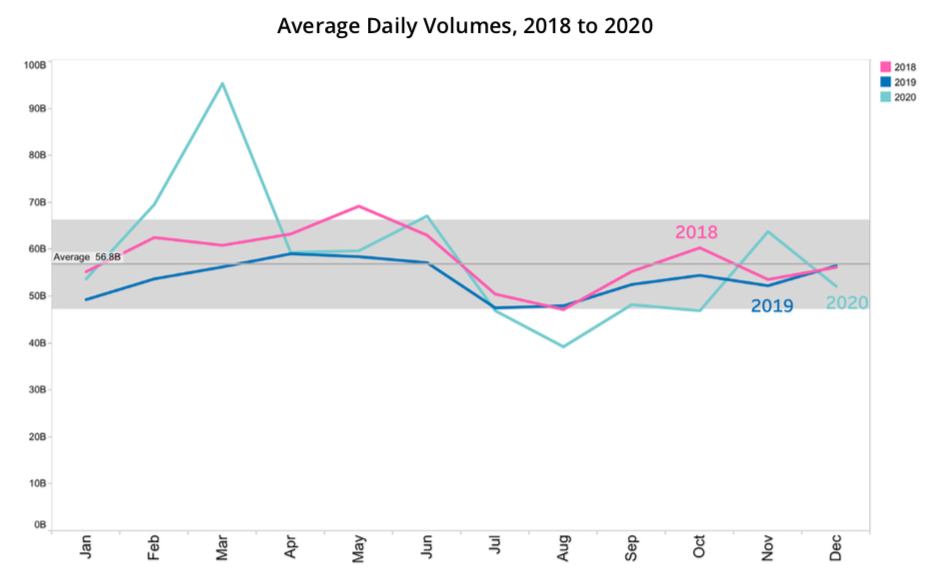 “However, at the other end of the scale, August was another very rare event, among four consecutive months which matched or set new lows for the MiFID II era,” added the report.

One of the key themes to watch will be the impact of the UK leaving the European Union.

“Several MTF venues launched EU-based entities to accommodate their EU trading activities,” said big xyt.”While unlikely to cause further fragmentation to the market, it means there will technically be a few more venues to follow.”

Today's post #Brexit shift of stock trading from the UK to EU has gone smoothly, with >92% of EU stock trading on the three largest MTFs moving to new EU entities. At the venue level: 90.1% – @CBOE, 92.2% – @tradeturquoise and 98.6% – @aquis_exchange
Thx to Cboe for the data

Another theme the firm expects to continue is the debate around off order book trading, in particular systematic internaliser trading.

“Perhaps this year we will also see the shortening of the trading day as a means of concentrating liquidity, which stubbornly continuous to shift towards the close,” said big xyt.