Liu Xiaoming, China’s ambassador to the UK, said the Chinese government is committed to opening up financial market in a keynote speech at Bloomberg’s Navigate the New Silk Road 2019 event in London today.

He highlighted Shanghai-London Stock Connect and said the two countries want to launch the equivalent for their bond markets.

John Glen, economic secretary to the Treasury, said at the Bloomberg event that the UK and China are natural partners for financial cooperation.

“We have the potential to accelerate development of China’s bond market through developing UK-China Bond Connect,” added Glen. “Stock Connect has shown that Chinese companies are ready and eager to connect to the world.”

The Chinese government launched Bond Connect two years ago in July 2017 make it easier for overseas investors to access the country’s onshore bond market, the world’s second largest according to the Bank for International Settlements.

Harvey Bradley, China lead – portfolio manager at Insight Investment said at the seminar that the asset manager is using Bond Direct. Bradley added : “We would also like to access to interest rate swaps and futures through Bond Connect.”

Tradeweb Markets, which provides an electronic trading platform for fixed income, derivatives and ETFs, said in a statement that volumes through Bond Connect reached a record last month. Tradeweb was selected as the first trading link to Bond Connect, after playing a critical role in the initiative’s creation, development and design.

“During June, the second anniversary of the Bond Connect launch, average daily volume in Chinese bonds reached a record $1.1bn on Tradeweb,” added the statement. “This represents a 406% increase since July 2017, Bond Connect’s first month of trading.”

Tradeweb continued that last month there were 1,038 registered investors on Bond Connect, all of who will have access to new functionality launched in this month, including the introduction of pricing streams and the iDeal Messaging tool.

However, Bradley expressed some concerns including the shallow depth of the market as 70% of China’s onshore bonds are held by commercial banks to maturity and the lack of liquidity at the end of the local trading day and the start of the London trading day.

Mei Jin, People’s Bank of China chief representative to Europe, said in a speech at the conference that the government was working on extending trading hours for Bond Connect. She

She added: “We want a more friendly and convenient investment environment.”

The Chinese bond market became more attractive to overseas investors after it was added to the Bloomberg Barclays Global Aggregate Index in April, with its full weighting to be phased in over 20 months. 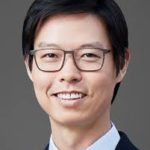 David Liao, chief executive and president of HSBC Bank (China) said at the seminar that Chinese bond trading volumes have more than doubled since ended inclusion in April.

Bradley said Insight Investment has been Investing in the onshore Chinese bond market for four to five years and index inclusion has made the the biggest impact.

“Some clients included China right away but it was too early for others,” Bradley added. “The phased in approach is helpful and a good opportunity to generate alpha.”

Share
Tweet
Share
Tags:
Previous Article
Nasdaq Looks To Lower Data Fees For The Masses
Next Article
CDSClear Has Record Month Across European And US Products