The times – they are a changing – especially in fixed-income trading.

Just ask Nichola Hunter, Chief Executive Officer of LiquidityEdge, whose firm is the first alternative model for US Treasuries to break into that market in over a decade, offering a choice of relationship-based execution models that deliver direct trading access to a broad range of liquidity providers. To hear Hunter tell it, the flexibility in the firm’s market structure allows clients to choose between one-to-one or many-to-many models, facilitating a combination of anonymous and/or disclosed streaming executable prices creating a bespoke order book for each participant. 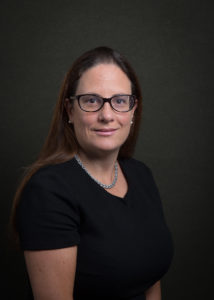 LiquidityEdge has also launched the market’s first ever fully electronic aggregated streaming service for off-the-run US Treasuries. Participants can continue to trade on-the-run US Treasuries from the same platform with additional liquidity providers, tackling the bifurcation that has traditionally fragmented the two markets.

Traders magazine editor John D’Antona Jr. recently caught up with Hunter and discussed her pedigree, desire to improve the fixed-income sector, the new platform and how it handles predatory trading and the what the electronic future might look like.

Traders Magazine: What are some of the challenges being a female in a male dominated industry?

Nicola Hunter: The fintech sector prides itself in being forward thinking and at the cutting edge of innovation however, it still lacks gender balance, particularly at leadership level.

Gaining respect and credibility within the industry is a challenge most professionals face, but with the right outlook, any challenge can present an opportunity. In my experience, your true potential is unleashed if you negate the narrow boxes you’re told to fit into in order to succeed and dedicate that energy to your work, take risks and be your boldest self. I read once that a woman would only apply for a job if she thought she could excel at 80%+ of the role and would figure out the rest, whereas it would be the opposite for a man. I am not convinced that this is as true today as it was when I was starting out but undoubtedly, we have a long way to go to truly achieve balance.

Diversity at all levels of an organisation brings in different types of thinking and approaches to problem solving. Until these numbers begin to even out, it should be viewed as a priority to have women in leadership roles and represented on boards, making sure all perspectives are heard for the benefit of the company.

This challenge only makes me and the entire team here at LiquidityEdge that much more motivated to show how well things can work with a woman in charge and encourage other firms to do the same.

TM: How did you get your start in the industry? What drew you to broking and electronic trading?

Hunter: I began my career in the Global Transaction Services division of ABN Amro Bank based in the Netherlands after completing the HSBC graduate training programme. My focus in my early career was on organisational change and process improvement, giving me a broad exposure to all aspects of product management, sales and service within financial services.

Following the ICAP acquisition of EBS in 2006, I became the Global Head of Client Services for ICAP Electronic Broking, tasked with integrating multiple teams across foreign exchange (FX) and fixed income asset classes. At the time, BrokerTec and EBS were the leading electronic venues for fixed income markets and FX respectively.  After a time in client services I made a move into product management, heading up the Global EBS Product team, before going on to manage the EBS Market business during a period of dramatic change.

Since those early days I have been at the forefront of change in these markets. This has kept me coming back for more, drawn to working on the next new idea, the next big change and it’s the major driver in my decision to take on the LiquidityEdge challenge back in 2015.

TM: Why get involved in fixed-income?

Hunter: As I mentioned, my first experience in fixed income was overseeing BrokerTec’s Client Services in my role at ICAP.  After leaving ICAP in 2014 I had some time out to consider what I would do next. As luck would have it, David E. Rutter, my former boss, was working on a few ideas which he asked me to help with while I had some free time. He had an idea for a US Treasury trading platform which offered a bespoke trading ecosystem to tackle the limitations of central limit order books (CLOB) and request for quote models (RFQ) head on. He asked me to be COO in 2015 and in early 2018 I took over as CEO.

When we launched LiquidityEdge in 2015, it was the first alternative model for trading in US treasuries to break into the market in over a decade. Since then we have experienced rapid growth. We reported record volumes in February 2019, are contracted with 21 of the 23 primary dealers and continue to be at the forefront of change in US Treasury trading.

TM: Describe the state of electronic trading in Treasuries? Is this market subject to HFT or predatory trading strategies?

Hunter: The US Treasury market is facing a number of challenges that have had a significant impact on trading. Lower fill rates, increased competition fuelled by advances in technology and reduced balance sheets have contributed to a difficult trading environment for dealer-to-dealer markets.

In addition, speed and budget have become the pre-requisite factors for success when trading head to head in a CLOB environment. The rise of new entrants utilizing expensive high-speed technologies have meant many market participants struggle to compete for liquidity in anonymous electronic markets.

In this brave new world, participants need to change how they trade with each other or risk being left behind. However, historically market structure only really exists in two different forms: CLOB and RFQ, making it difficult to adapt to the new environment.

That said, there are positive developments championed by LiquidityEdge. Non-bank market makers have stepped in and now fulfill an important liquidity need in active benchmark treasuries and major banks have stepped up to provide executable streaming prices in less liquid off-the-run treasuries, improving price transparency. Work continues to ensure that the structural barriers are removed that prevent open access for all to the available liquidity in the market.

By developing a bespoke trading ecosystem, where participants have a choice in how to trade and who to trade with, LiquidityEdge has created a non-toxic environment where each firm is given the tools and connectivity to a wide range of liquidity providers.

TM: How does your platform deter or minimize HFT impact in Treasury trading?

Hunter: In contrast to some electronic trading providers, LiquidityEdge is not about being the fastest or having the largest budget. It is instead driven by positive and transparent experiences between liquidity providers and consumers to deliver optimum, non-toxic access to liquidity.

Our platform allows liquidity consumers to trade using a variety of execution paths including interacting anonymously within an order book or aggressing on customized streams market makers have tailored specific for end client needs.

We combine the benefits of traditional relationship-based voice brokerage conducted on a bilateral basis with the operational efficiencies of electronic trading. This subsequently reduces market impact by ensuring trade information and market data remains confidential between the parties involved in each transaction.

TM: What is the future of fixed-income trading from an electronic trading standpoint?

Hunter: I think choice is the future of US Treasury trading. For the first time in generations, traders have access to a growing range of trading protocols that allow them to break free from the RFQ and CLOB models. And while platforms facilitating these incumbent models continue to try to attract business with marketing tactics such as increasing price granularity, there is an undeniable trend taking shape. Participants now have the option of accessing liquidity directly from dealers through bilateral relationships, via electronic multi-dealer platforms supporting a variety of execution protocols and customization.

A model that is gaining significant traction in US Treasury trading bears many similarities to the framework of today’s FX market, whereby participants on all sides are interconnected on a streaming peer-to-peer network. Critically, the peer-to-peer model allows all types of participants to interact and trade with each other, leading to providers comfortably showing larger sizes and tighter prices, while eliminating the risk to the market maker of revealing sensitive information to its competitors if it wins the trade.

US Treasury market participants stand on the cusp of a brighter future. The growing popularity of the peer-to-peer model is cultivating a healthy, thriving trading ecosystem in which both liquidity providers and consumers benefit from greater efficiencies and, ultimately, a sustainable increase in revenues based on more than simply price granularity alone.