Cboe To Launch Equity Derivatives In Europe In 2021

Cboe Europe aims to launch equity derivatives next year, once regulatory approvals are in place, according to David Howson, executive vice president at Cboe Global Markets and president of Cboe Europe.

Howson said at a media briefing in London today that the exchange plans to launch futures and options on equity indices, the majority of which are currently traded in Europe on Deutsche Börse’s Eurex. However, Howson noted that volumes of equity derivatives traded in Europe are only 8% of those in the US, so there is a large opportunity to grow the market. 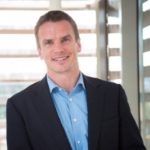 He took on his current role at the start of this year from Mark Hemsley, who is retiring from the company. Howson had previously been chief operating officer of Cboe Europe since 2013.

Ed Tilly, chairman, president and chief executive Officer of Cboe Global Markets said, in a statement: “David’s appointment reflects a long-established succession plan, and he is ready to lead Cboe Europe. He has spearheaded the development and execution of some of our most innovative product offerings, is well-respected by our clients and trading community, and is a strong leader with sound judgement.”

These products include Cboe Periodic Auctions, Cboe LIS for block trades, and BXTR, the trade reporting facility in Europe.

The exchange will launch equity derivatives in Europe following the completion of its acquisition of EuroCCP, the pan-European equities clearing house, which was announced last month.

Howson said at the briefing that the primary reason for acquiring the central counterparty  was to ensure competition, open access and clearing interoperability in Europe. In addition Cboe’s ownership of EuroCCP allows it to control the cost and timing of launching derivatives trading and clearing capabilities in the region, subject to regulatory approvals.

EuroCCP currently clears trades for 39 trading venues, representing nearly 95% of Europe’s equity landscape, making it the most connected equity CCP in the region according to Cboe. EuroCCP clears on average between four to five million trade sides daily, totalling €30bn ($33bn) to €40bn in value.

Tilly said at the briefing today that one of the biggest opportunities is for the exchange to help clients use capital as efficiently as possible. For example, owning EuroCCP will provide portfolio margining opportunities between clients’ equities and derivatives trading.

When it announced the acquisition CBOE said it expects its plans to pursue equity derivatives trading and clearing in Europe to generate positive financial returns over the  longer-term, but these initiatives are expected to be dilutive to earnings over the next three to four years.