Buy Side Looks to AI

There is an opportunity for fintech firms to provide artificial intelligence offerings to portfolio managers so it is easier and quicker for the buy side to use. That’s according to Stu Taylor, Managing Partner at Firenze Partners and previously co-founder and chief executive of fixed income technology provider Algomi.

In June last year Algomi, which was set up to improve the search for bond market liquidity, announced that Scott Eaton, former chief operating officer for MarketAxess in Europe, Middle East and Africa, would replace Taylor as chief executive.

“There is an opportunity to provide AI to portfolio managers so it is easier and quicker for the buy side to adopt – companies like Exabel are delivering AI as a Service to make these new technologies much easier for investment managers to incorporate into decision making.”

Exabel was founded in Oslo in 2016 to make state-of-the-art AI technology accessible to investors worldwide.

The fintech firm said on its website that it closed its second seed round in August last year to support going to market.

We are excited to announce that we closed our second seed round this summer, raising 38 million NOK (~4.7 million USD)! Read all about it at 👉 https://t.co/xOSnq1jomZ pic.twitter.com/yDdeschDKd

“Going live with the pilot program is a major milestone for the company,” added Exabel. “With invaluable pilot feedback to validate the product direction, we are on track to go to market with our first product in 2019.”

Taylor has launched Firenze Partners, which advises entrepreneurs and fintech companies on how to be in the best shape for fundraising including issues such as positioning, potential market value and scalability. He said: “Experience analytics are also critically important to measure progress, whether ideas are working and how users experience the product.”

“I am on the advisory board of Insignis Cash Solutions who act as a virtual private bank,” he said. “Using the cloud means that the speed at which they have built the business is transformative.”

Taylor added there is still huge venture capital demand for fintechs in London and the Cambridge Science Park despite the UK leaving the European Union this year.

The UK leads the way in Europe with record levels of investment in 2018 according to the latest Fintech M&A Market Report from Hampleton Partners, a technology mergers and acquisitions advisor. Overall, there was record investment in fintech start-ups last year with a total disclosed transaction value of $30.8bn.

“Yet despite these start-ups capturing a growing share of the market, even the biggest British fintech firms are dwarfed by America’s Stripe, Robinhood and SoFi,” added the report. “These, in turn, are outclassed by China’s Ant Financial, recently valued at $150bn.”

The average funding round doubled in size from 2017, with the average venture round in the Asia-Pacific region reaching almost double the global average. 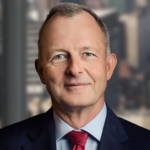 Jonathan Simnett, director and fintech specialist at Hampleton Partners, said in a statement: “In the latter half of 2018, the UK continued to lead the way in fintech in Europe, breeding a new generation of innovators with record levels of investment following the lead of new unicorns like Monzo and Revolut.”

The report said that although AI continues to show promise, change is more likely to resemble a gradual process than a quantum leap into new data sources and methods.

“Going forward, it is anticipated that the largest fintech firms will soon realise value through IPO in 2019,” added Simnett. “Meanwhile, most start-ups that have grown large enough to gain traction, attract a strong customer base and produce a profitable balance sheet, will remain small enough to be acquired by fintech and traditional incumbents leading to an ongoing process of consolidation and M&A.”