Exabel, which provides a simple-to-use artificial intelligence and machine learning platform to active investment managers and financial analysts, has gained clients in the UK and aims to expand into the US. 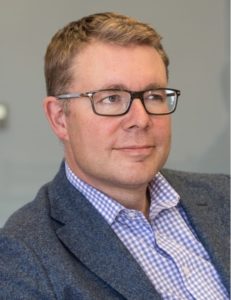 Neil Chapman, chief executive of Exabel, told Markets Media: “We help the buy side to use more data and become more quantitative. We can provide artificial intelligence and machine learning as a platform to non-technical users to allow asset managers to squeeze more value from data.”

Exabel announced that Chapman had joined as chief executive in January this year from ForgeRock, which develops develops commercial open source identity and access management products.

For the majority of active asset managers, developing an in-house AI capability is prohibitively expensive, especially as data scientists are a scarce resource. Chapman explained that there is a bewildering variety and quality of data, so asset managers need help in determining which have value for their strategies.

“Many asset managers are new to using data sources such as geolocation and satellite images,” he added. “We help them backtest and establish value which can cost them millions of dollars to do themselves.”

Oslo-based Exabel was founded in 2016 and launched a new platform in October last year.

“We ran a pilot in Nordics but have since expanded into the UK,” said Chapman. “Next, we will look to expand in New York.”

He gave the example of Exabel helping a UK hedge fund to build an AI platform in a week. “On their own it would have taken them three months and three to four staff,” Chapman said.

In addition, Exabel provides explanations to ensure that the user understands the results and has confidence in the robustness of the data models.

“We are not in the business of replacing humans,” Chapman added. “Our platform is complementary allowing the user to confirm or challenge their investment hypothesis.”

Exabel has also partnered with alternative data provider 1010data to develop a dashboard to allow fund managers and the public to assess the impact of the COVID-19 pandemic on consumer spending at https://1010data.exabel.com/covid-19/

Chapman said: “We’ve got a strong response from asset managers and believe there’ll be a lot of interest in the COVID-19 Impact Dashboard, which in essence is a simplified exemplar of the kind of value asset managers can derive from Exabel.”

The dashboard uses near real-time credit card data to show spending trends across categories such as grocery, air travel and apparel retail. 1010data’s credit card and location data sets are based on large, representative panels which provide insight into changes in consumer spending across the US.

“In these chaotic times people need more information,” added Chapman. “In a few weeks or months we will need to know whether we have hit rock bottom and whether growth is returning.”

The data already shows there was a significant change in behaviour after February 25, when the US government held its first press briefing on the pandemic.

Nearly half, 44%, of capital markets professionals globally are using AI in their trading processes, according to a survey from Greenwich Associates last year. The consultancy’s report, The Future of Trading: Technology in 2024, also said that 17% planned to implement AI in trading in the next 12-24 months.

“Four out of five expect AI and/or machine learning to be fully integrated into the trading process in three to five years, and that their firm will have internal AI expertise within that timeframe,” added Greenwich.

Kevin McPartland, head of research in Greenwich Associates market structure and technology group, said in the report that one of the biggest impediments has been data availability.

“Most financial services firms are still working hard at normalizing the data they do have, are struggling to work within privacy rules surrounding customer data, and often work with such limited data sets that the output is still more art than science,” he added.

More than 60% of study participants expected AI-focused budgets to increase.

“Many buy-side institutions feel strongly that the best way to advance an emerging technology is to leave long-term development to IT providers, and then implement resulting innovations in AI and other areas to improve their businesses,” McPartland said.