Brexit Shifts $4tr Of European Derivatives to US

The UK’s departure from the European Union led to more than $4 (€3.3) trillion of derivatives trading shifting to the US last month as share trading also moved to Amsterdam.

Chris Barnes at Clarus Financial Technology analysed the move to US swap execution facilities on the derivatives analytics provider’s blog.

Barnes said interdealer volumes in euros and sterling executed on US SEFs have increased by approximately 10 times this year.

“That is in stark contrast to the early days of Dodd-Frank, when some US banks set up European entities to retain access to “European liquidity” which was anticipated to stay off-SEF,” he added. “Now that same European liquidity pool is potentially having to execute on-SEF. You couldn’t make it up…”

Amsterdam overtook London as Europe’s largest trading centre for equities last month according to data from CBOE Europe. A daily average of €9.2bn ($11.2bn) shares traded on Euronext Amsterdam and the Dutch arms of CBOE Europe and Turquoise in January, a more than fourfold increase from last December. In London the average daily volume last month was a lower €8.6bn.

European Union regulation requires EU-listed securities to be traded on either an EU-regulated venue or one that has been deemed equivalent – and UK exchanges have not been granted equivalence. In the derivatives market specified products are also subject to a trading obligation in the EU.

Barnes noted there has not been any changes in clearing behaviour. Brussels has given UK clearing houses temporary equivalence as this was seen as necessary to prevent disruption to financial markets and safeguard stability.

He added that 18% of euro dealer-to-dealer swap volumes were being executed each week on-SEF in the early days of January, with some days reaching 24%.

“Euro swap trading was rarely seen on dealer-to-dealer SEFs during the fourth quarter of 2020,” he added. “The move to SEF trading seems to be entirely down to Brexit.”

Barnes continued that the move was amplified in sterling swaps due to Brexit and the transition away from the Libor benchmark interest rate. Barnes said that in some weeks 40% of global sterling interest rate swaps have traded on-SEF, largely a result of weekly operations on the NEX SEF.

Kirston Winters, managing director, MarkitSERV at data and infrastructure provider IHS Markit, said in a statement that the SEF share for euro swaps has grown from less than 10% in July last year to approximately 20% last month. 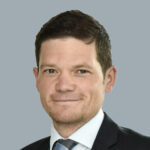 Over the same timeframe the share traded on EU venues, primarily in Amsterdam and to a lesser extent in Paris, has grown from less than 10% to venues 25%; while the share on UK venues fell from 40% to 10%. There are similar shifts in sterling and US dollar swaps.