Richard Turnill, global chief investment strategist at BlackRock, said the fund manager is preparing to invest more in the Chinese bond market as it joins a benchmark index.

Turnill said in a report that China’s  $13 trillion local currency bond market, the third largest in the world, is opening up to global investors as it begins to be included in the Bloomberg Barclays Global Aggregate Index this month, automatically adding exposure to such bonds for index investors.

“We believe the market’s size, attractive yields and diversification benefits mean it cannot be ignored, similar to our view on China’s domestic equity market,” he added. “We believe maintaining automatic exposures and preparing to invest more is a very good place to start.”

The inclusion into the global bond market index will be phased in over a 20 months and will eventually make up 6% of the benchmark. When the process is complete, China’s yuan currency will be the fourth-largest component in the index behind the US dollar, euro and Japanese yen.

“Local currency Chinese bond yields this decade have been materially higher than the average yields of the developed market bonds that make up the majority of the global bond index,” added Turnill.

He also warned that investors who hedge their currency exposure should take a patient approach toward Chinese bonds, as costs are significant – but could fall over time as affordable instruments become available. Liquidity is also a concern, especially for investors with shorter-term horizons.

“The domestic Chinese investor traditionally has had a buy and hold approach to investing,” he added. “As more foreign investors gain access to this market and trading begins between onshore and offshore players, liquidity should improve.”

In addition to local Chinese bonds being included in the Global Ag index, Dehn noted that last week FTSE, the London Stock Exchange’s index arm,  announced a formal review of Chinese market accessibility which will be completed by September 2019. The review could lead to the inclusion of Chinese local currency bonds in the influential FTSE World Government Bond Index (WGBI). 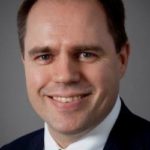 “It is no small irony that the two most influential providers of fixed income benchmark indices for developed economies deem Chinese bonds to be sufficiently accessible for inclusion in their indices, when, by contrast, the main specialist emerging market fixed income benchmark provider, JP Morgan, still does not deem Chinese bonds adequately tradable to be included in its main EM local currency bond market index, the GBI EM GD,” said Dehn. “One is left wondering how this is even possible.”

Dehn continued that bond indices are unrepresentative of the emerging markets investment universe with only 19 countries  included in the GBI EM GD index. This has implications as the majority of the world’s institutional investors appear to closely hug benchmark indices and many may not allocate to markets, which are not part of an index.

“Global asset allocation would be far better served if international financial institutions, such as the World Bank, IFC or even the IMF, recognised the public good element of indices and stepped up to provide proper representative benchmark indices,” added Dehn. “Sadly, none of the enlightened policy-makers in these institutions have yet found it worthy of their time to pick this obvious low-hanging fruit.”

East Capital said in a report that its holdings of China A-shares gained 32.1% in the first quarter of this year compared to a 33% rise in the MSCI China A Index.

Comment on Q1 2019: a much welcome change in direction for #equity markets with 3 topics in focus for investors: https://t.co/BjuzDIPGf9 #geopolitics #trade #TaxCuts #MuellerReport

This year index provider MSCI announced an increase in the inclusion factor for China domestic shares (A-shares) from 5% to 20% in three phases.

“Upon completion of this year’s inclusion, the weight of A-shares in MSCI Emerging Market Index will rise to 3.2% from the current 0.8%,” added East Capital. “We welcome the continued integration of A-shares into global capital markets as we believe it will result in increased institutionalisation of the domestic market, a market which is still dominated by local retail investors.”