Algorithm wheels, the automated selection of sell-side algos, is heating up, but the buy side needs to set their performance expectations, according to speakers during the FIX Trading Community’s Americas Trading Briefing 2019 in Lower Manhattan.

A recent study conducted by industry analysis firm Greenwich Associates found that only about 22% of buy-side firms are using algo wheels, according to Richard Johnson, vice president, market structure and technology at Greenwich Associates and who spoke at the conference.

When polled by Emiko Kamoda, managing director, COO of global electronic execution services at Goldman Sachs and the co-chair of the Americas Regional Committee at FIX Trading Community, regarding how much of buy-side order flows eventually will go through algo wheels during a separate panel, the audience was bullish. 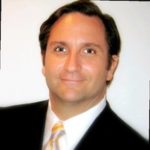 Routing 40% of a firm’s order flow through an algo wheel is far too much, noted Enrico Cacciatore, senior quantitative trader, head of market structure and trading analytics at Voya Investment Management and who participated in the same panel.

Despite some asset managers automating all of their order flow, 10% to 20% of order flow is more reasonable for most firms, he noted.

If traders sent every order through algo wheels, they would never be able to compare brokerages’ best execution and performance results due to the lack of a baseline for comparison.

Cacciatore suggested that firms create benign order flows that represent 2% or 3% of their average daily volumes and would not include high notional-value trades, as well as low- and high-priced names.

The result should provide a steady state environment where there are uniform percentages of volumes, sectors, and market conditions.

“Once you have that steady state, you can do fun and exciting stuff,” said Cacciatore. “You can have one segment that is very high momentum or pre-earning/post-earning. I can start sending this and see who is the best at handling this type of flow.”